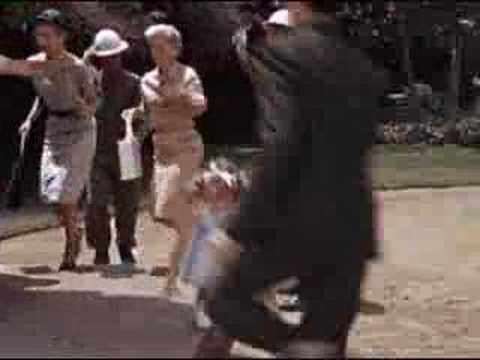 The clip is from 1960 film The Time Machine, produced and directed by George Pal, based on the H.G. Wells novel. Yes, you’ve seen this movie probably more than a few times. But did you ever see Woody Woodpecker in it? He’s there, for an interesting reason.

When director George Pal first came to the United States from Hungary, animator Walter Lantz helped him obtain U.S. citizenship. As a tribute to their friendship, Pal inserted Woody Woodpecker into most of his films

See a list of these cameos at Futility Closet, with hints to help you find him. Link -via Nag on the Lake