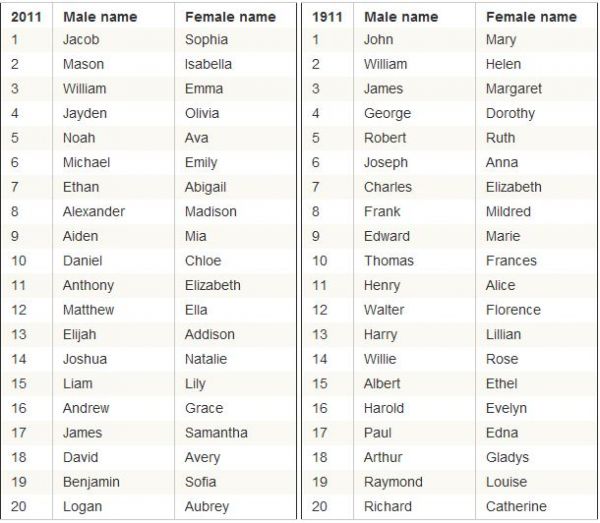 So we named our second daughter Sophia, which, unbeknownst to my wife, was to become the most popular baby name in America that year. And the next. There are Sophias my daughter’s age everywhere.

The popularity of baby names changes over time. The above lists show the most popular baby names in the United States in 1911 and 2011. Over time, only the names William, James and Elizabeth have remained popular.