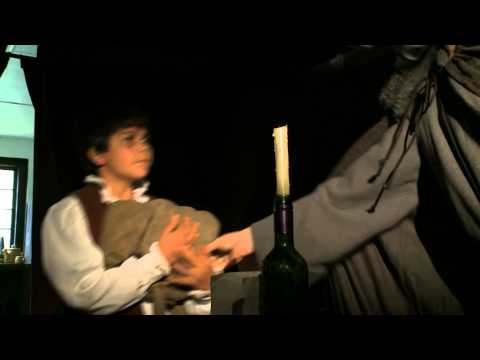 Suck it, Peter Jackson! A team of schoolboys from Tower House prep in
southwest London have released their own feature-length version of The
Hobbit:

Seventy boys aged eight to 13 from Tower House School star in their
own feature-length version of Tolkien’s classic, which includes
battle scenes and even a CGI dragon.

The 90-minute movie, filmed at locations around the country, was put
together “on a shoestring” and required some of its young
actors to spend hours in make-up being fitted with fake scars and prosthetic
noses. […]

Paul Geary, head of drama at the school in East Sheen and the film’s
director, said: “The boys showed great dedication to this project
which shows the quality of drama that a school can produce.

"It was our ambition to do something totally unique, something
no other school has ever done. As far as I am aware we are the first
prep school to do a full feature-length film.”