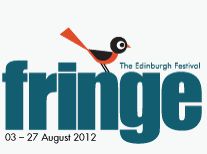 Canadian comedian Stewart Francis won the top prize for the funniest joke at the Edinburgh Fringe Festival. Do you want to hear the joke?

“You know who really gives kids a bad name? Posh and Becks.”

Don’t get it? I didn’t, either. “Posh and Becks” sounds like a brand, like “Abercrombie and Fitch” but them someone said it was Posh Spice and David Beckham (Posh Spice isn’t her real name; if it was, that would be funny).

Still don’t get it? I didn’t, either. Turns out that the Beckhams have four children, which they named Brooklyn Joseph, Romeo James, Cruz David, and Harper Seven.

Yeah, still don’t get it? See, in Britain, those are considered bad names. In America, they are barely notable among the odd names we have. Strange how some jokes just don’t travel well. Anyway, the rest of the top ten funniest jokes are listed at the Telegraph. Link