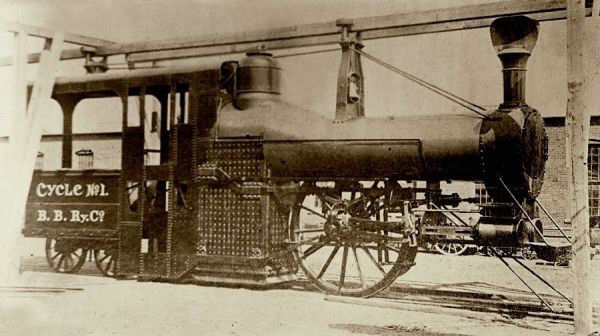 This railroad line on Long Island, New York ran on two rails, just like ordinary railroads. But cars ran speeds up to 100 MPH on a single track below while stabilized with a track above. Its inventor Eben M. Boynton hoped to make it the center of a rapid transit network around the island. Alas, the venture failed after Boynton had laid only two miles of track.