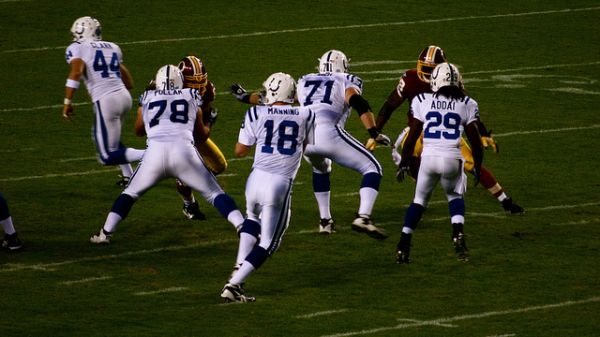 Does it seem like there’s not much going on during the typical NFL game broadcast? That’s because out of an average of 174 minutes, the ball is in play only 11 minutes:

In other words, if you tally up everything that happens between the time the ball is snapped and the play is whistled dead by the officials, there’s barely enough time to prepare a hard-boiled egg. In fact, the average telecast devotes 56% more time to showing replays.

So what do the networks do with the other 174 minutes in a typical broadcast? Not surprisingly, commercials take up about an hour. As many as 75 minutes, or about 60% of the total air time, excluding commercials, is spent on shots of players huddling, standing at the line of scrimmage or just generally milling about between snaps. In the four broadcasts The Journal studied, injured players got six more seconds of camera time than celebrating players. While the network announcers showed up on screen for just 30 seconds, shots of the head coaches and referees took up about 7% of the average show.