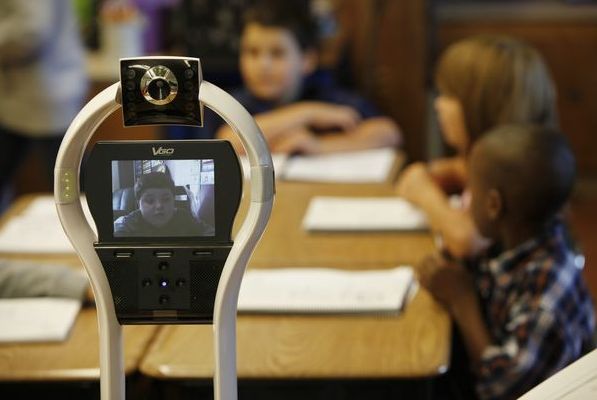 Devon Carrow isn’t your typical kid. His allergies are so alarmingly severe that his own mother compares him to David Vetter, the boy who ispired the film The Boy In the Plastic Bubble.

The roster of Devon’s diagnoses show he suffers from eosinophilic esophagitis disease – an allergic inflammatory response in the esophagus – along with anaphylactic shock syndrome, respiratory distress syndrome and asthma.

The severity of airborne allergies jerked from hypothetical into real-life panic three months after the first incident, when Devon was accidentally exposed to peanuts during a visit to his godparents’ home.

"That night, we wound up in the hospital with an oxygen tent on him," [his mother, René] Carrow said.

More than a dozen other times Carrow has had to treat her son with one or more epinephrine auto-injectors and then call for an ambulance.

“It’s not a cure, it’s almost like giving someone who had a heart attack an aspirin,” Carrow said of the EpiPen. “We go to the emergency room a lot.”

And those same allergies make it impossible for Devon to attend class, where literally anything could start a reaction and send him back to the hospital. But that's not stopping Devon from going to school: he has a VGo machine that can travel the halls, sit at a desk and head outside come recess time. Meanwhile, Devon is at home 5 miles away, safely isolated from his classmates' germs and stray dust. He controls the machine's movements and camera from home, and interacts through a hi-def monitor and indicator lights on the VGo.

Despite the VGo’s admittedly odd appearance and Devon’s unusual circumstances, he’s not given any special attention or treatment throughout the day, and is expected topay attention and follow along just as the other students are. And according to his classmates and teacher, Devon is a great student. Link