[A] safety device for use in making a landing from an aeroplane or other vehicle of the air especially in case of mishap to the aeroplane or other air vehicle. The ordinary parachute of umbrella type which requires to be opened out from its collapsed or folded form for a safety descent sometimes fails to open at the critical time. The object of the present invention is to provide a safety landing device which does not require any preliminary opening but is always operative for a gliding descent as soon at it is attached to the body of the user…. 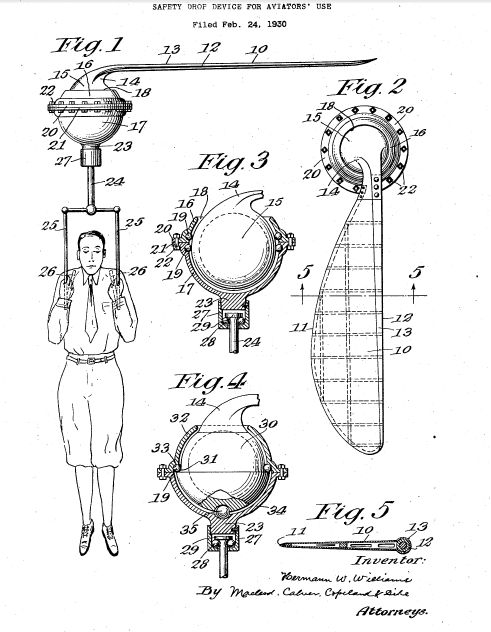 [It] somewhat resembles in form the maple key or seed pod of some types of maple trees….

Preparatory to making his descent from the aeroplane, the flyer will place the hooks or loops of the harness under his arms or thrust his arms through the loops to bring them up under his shoulders. When he has fallen a short distance after he releases himself from the aeroplane, the wing will begin to rotate in a plane at right angles to the axis of rotation of the head according to the air currents and he will come down gradually in a gliding or floating descent to the earth rather then by a straight vertical drop. The pressure of the air against the under face of the face of the wing will retard the descent. The spinning movement of the wing in its own plane, that is, the swinging of the wing around the axis of rotation of the head, will steady the descent so that the passenger can remain in an upright position as shown in the drawings during the descent. 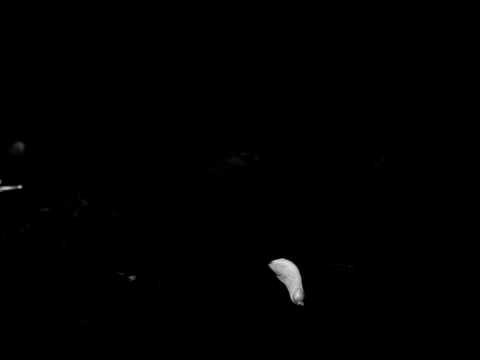 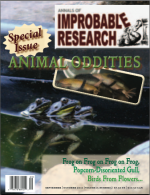 This article is republished with permission from the September-October 2011 issue of the Annals of Improbable Research. You can download or purchase back issues of the magazine, or subscribe to receive future issues. Or get a subscription for someone as a gift! Visit their website for more research that makes people LAUGH and then THINK.