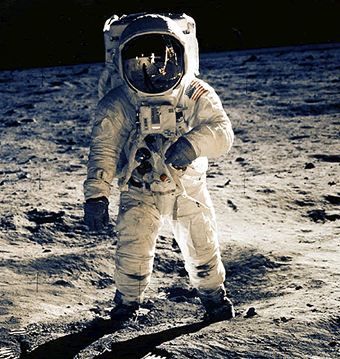 The Apollo lunar landings are arguably the greatest achievements in American history. Six times we landed men on the moon and brought them back to Earth. And then, in 1972, we…stopped. We just stopped sending people on this amazing journey. Why?

The answer may lay in part with a fact that has escaped widespread attention. Prior to the first landing in 1969, the Apollo program was unpopular. Alexis Madrigal has an article in The Atlantic summarizing the opposition. He quotes space historian Roger Launius, who wrote:

Consistently throughout the 1960s a majority of Americans did not believe Apollo was worth the cost, with the one exception to this a poll taken at the time of the Apollo 11 lunar landing in July 1969. And consistently throughout the decade 45-60 percent of Americans believed that the government was spending too much onspace, indicative of a lack of commitment to the spaceﬂight agenda.

Opposition among African-Americans was particularly strong:

Many black papers questioned the use of American funds for space research at a time when many African Americans were struggling at the margins of the working class. An editorial in the Los Angeles Sentinel, for example, argued against Apollo in no uncertain terms, saying, “It would appear that the fathers of our nation would allow a few thousand hungry people to die for the lack of a few thousand dollars while they would contaminate the moon and its sterility for the sake of ‘progress’ and spend billions of dollars in the process, while people are hungry, ill-clothed, poorly educated (if at all).”

The famous sociologist Amitai Etzioni wrote Moon-doggle, a book critiquing the program. Among other arguments, Etzioni said that Apollo was wasteful:

POLL: In hindsight, was the Apollo program a good idea?