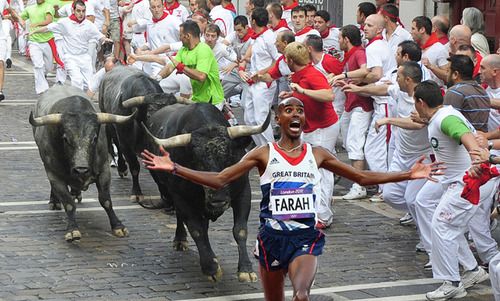 Mo Farah won gold for Great Britain in the Olympic 5,000 and 10,000 meter races, which solidified his status as a national hero. A classic image showing the moment he realized he’d won the second gold medal lent itself to an photo mashup meme, many of which are enshrined in the Tumblr blog Mo Farah Running Away from Things. No, he’s not panicked, but with the proper menacing background, it sure can look that way! Link -via Unreality magazine