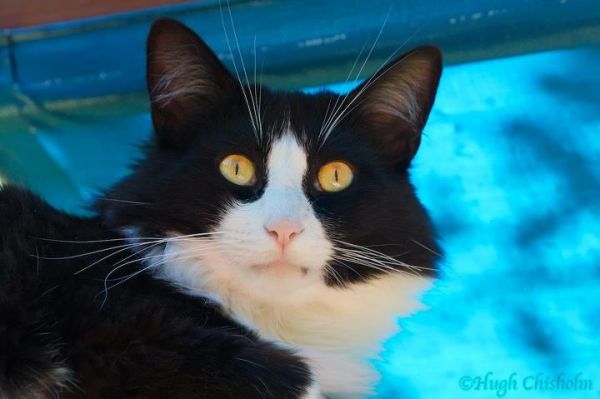 This is Tuxedo Stan, and if you're a resident of Halifax, Nova Scotia, he'd like to be your mayor. Stanis the sole member of the single-issue Tuxedo Party, which just wants to makesure life in Halifax is as great for all cats as it is for Stan. Or at least comfortable, if international fame isn't feasible for every feline in the city.

Stan, who’s running on the ticket of the Tuxedo Party, is a one-issue cat.  ”The Tuxedo Party is a political movement aimed to improve the welfare of felines in [Halifax] because neglect isn’t working,” reads the party’s official platform.

At this point, Stan would be considered a longshot. Not only does he trail in the polls, but municipal laws appear to ban animals from holding office. But that’s OK, since the impetus of his campaign is mainly to raise awareness of Halifax’s stray cat problem.

Stan isn’t the first animal to run for office, of course, but he is currently the one with the Facebook page that posts the best photos. Link