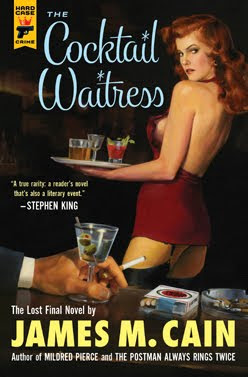 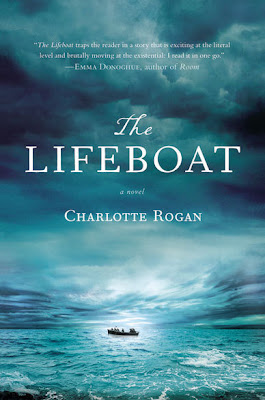 Coincidentally, the last two books I read told extremely similar stories in an extremely similar format.  In both, a gorgeous young woman from a once-proud family finds herself in dire economic straits.  They use their bodies and wiles to claw their way back up the social ladder.  But will they resort to murder when the men in their lives stop being useful?  Both book are told in the form of a journal – – the women have been accused of murder, and in an effort to clear their names, write journals to tell their side of the story.  The fun is in deciding how far to trust these possibly unreliable narrators.

As you can tell from the cover, Lifeboat by Charlotte Rogan is being marketed as perfect for female readers and especially women in book clubs.  Indeed, it was picked by a woman in my book club.  Unfortunately, it's incredibly tedious, and after a promising start, slows to a crawl.  I think it's supposed to be a serious meditation about a woman's role in a male-dominated society.  Instead, it's just really boring.  If you've read the book, here's how my version would have went: The heroine recounts ending up on an overloaded lifeboat after the passenger ship they were all on is destroyed in an explosion at the beginning of World War I.  Rescue is slow in coming, provisions are far too limited, and one by one the passengers die or go missing in mysterious circumstances that all seem connected to our heroine.  We learn through the passengers' reminisces that rumor had it that the ship was transporting a box of very valuable gems, and that there were reports of sabotage before the explosion that destroyed the ship – – just before the explosion, exotic animals that were being transported on the ship were released, causing havoc.  Ultimately, it's revealed that the heroine was the saboteur and has hidden the gems by swallowing them.  She is the only passenger to be rescued and lives out the rest of her life in comfort.  In the epilogue, it's revealed that she was actually a tiger.

On the other hand, James M. Cain’s The Cocktail Waitress has the courage of its convictions.  Sex, murder, and more murder, as the heroine outwits one man after another in her rise from the gutter to the peak of society.  You can buy The Lifeboat at Amazon.  But I recommend, The Cocktail Waitress.