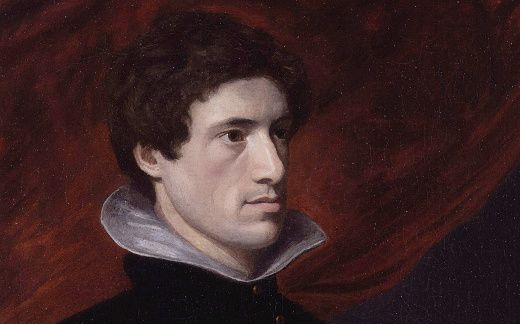 After a few weeks of feeling under the weather, the essayist and poet Charles Lamb (above) sent a letter to his friend Bernard Barton to inform him of his condition. An excerpt reveals that Lamb was either gazing directly into the light at the end of the tunnel, or seriously overreacting.

I acknowledge life at all, only by an occasional convulsional cough, and a permanent phlegmatic pain in the chest. I am weary of the world; life is weary of me. My day is gone into twilight, and I don’t think it worth the expense of candles. My wick hath a thief in it, but I can’t muster courage to snuff it. I inhale suffocation; I can’t distinguish veal from mutton; nothing interests me. ‘Tis twelve o’clock, and Thurtell is just now coming out upon the New Drop, Jack Ketch alertly tucking up his greasy sleeves to do the last office of mortality, yet cannot I elicit a groan or a moral reflection. If you told me the world will be at an end to-morrow, I should just say, “Will it?”

Two weeks later Lamb wrote again to Barton to apologize for being dramatic. He lived another ten years, so it was either the slowest-moving killer cold ever, or not that big a deal. Read the rest at Letters of Note, where Lamb reveals his methods for trying to cure this “insurmountable day-mare.” Link