Throughout history, whether because of abundant food or lack of exercise or both, monarchs have been plagued with largeness of girth (what hardship!). Here are just a few of the fattest kings and queens on record. 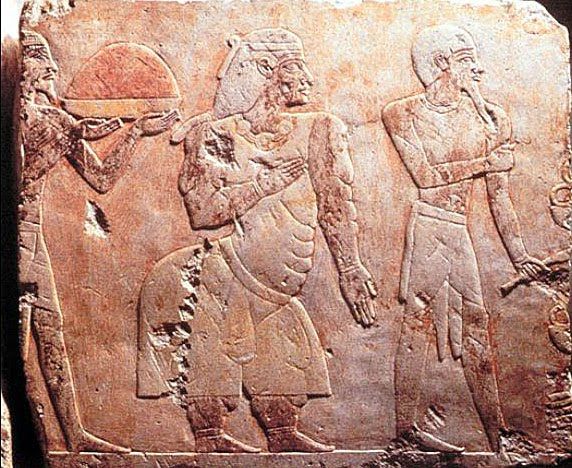 Sort of an ancient Egyptian punch line, this corpulant queen ruled over the land of Punt, located somewhere in East Africa. So how exactly do we know of the great monarch’s girth? Well, the Egyptian pharoah Hatshepsut launched a trade delegation to Punt, and carvings on the walls of her temple complex at Deir el-Bahri record the expedition. Itey is depicted as grossly obese and is even pictured standing next to a diminutive husband and a tiny donkey. Under the donkey, in a delightful bit of Egyptian humor, is the inscription “This donkey had to carry the queen.” A beast of burden indeed. 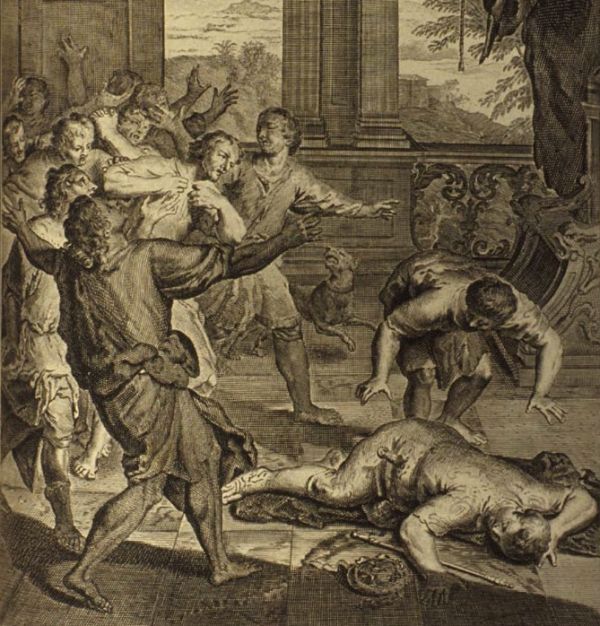 According to the Bible, Eglon was the king of Moab (in modern Jordan) who united several tribes of highland and desert raiders to conquer the central Israelite tribes sometime in the 12th century BCE. An Israelite named Ehud gained the king’s confidence, got him in a room alone, then killed him. Of course, the murder wasn’ exactly a smooth operation. The Bible describes vividly that Eglon was so fat that Ehud couldn’t retrieve his blade. Luckily, though, he managed to escape with little trouble. As he fled, Ehud told Eglon’s servants that the king was using the restroom. The stench coming from the room must have been fairly run-of-the-mill, because by the time they went to check on their beloved king, Ehud had already rallied his followers and formed an army. 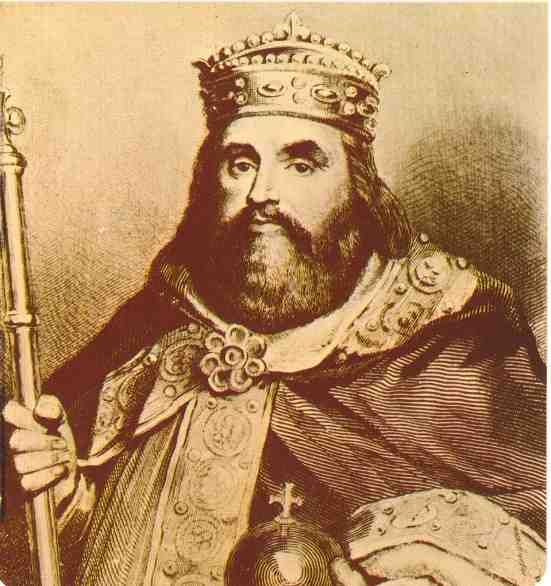 Not many kings actually have “the Fat” added to their names. A series of fortuitous deaths and abdications in the late 870s and early 880s left Charles the ruler of almost all his great-grandfather Charlemagne’s empire, encompassing most of modern-day France, Germany, and Italy. But Charles lacked the energy of his ancestor and namesake, possibly due in part to his obesity. During his reign Arab pirates raided Italy with impunity, and Charles couldn’t even be bothered to fight Viking marauders in northwestern France (he found it easier to pay them to go away instead). And while the dreaded moniker does have a certain ring to it, Charles wasn’t the only French king of notable girth -Louis VI (ruled 1108-1137) also earned the appelation “the Fat.” 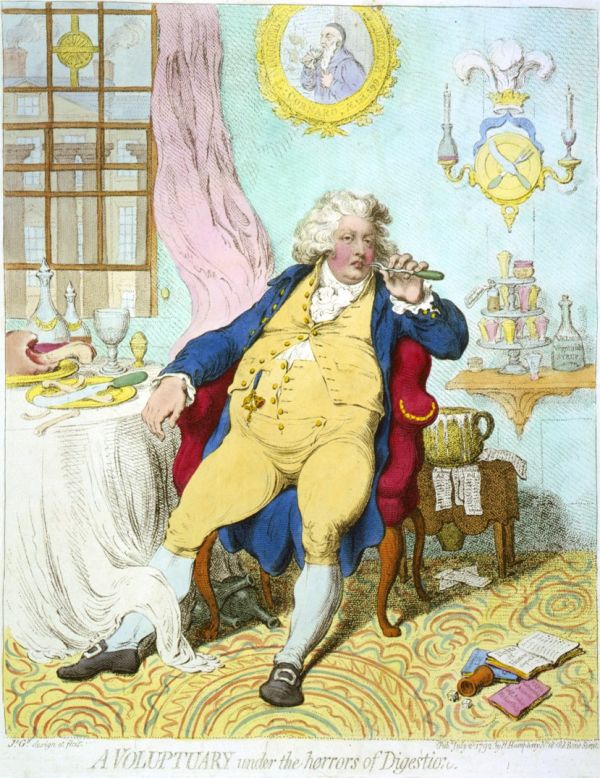 George IV became king of England in 1820 after serving as prince regent while his father, George III, was alive but incompetent to rule. Apparently, though, the plush lifestyle being “Defender of the Faith” provided him seems to have only whetted his appetite. Known as a gambler, a drinker, and a laudanum addict, among other things, George IV enjoyed the dubious distinction of being far and away the fattest king in English history. His favorite breakfast was two roast pigeons, three beefsteaks, a bottle of white wine, a glass of champagne, two glasses of port, and one of brandy …after all, breakfast is the most important meal of the day. 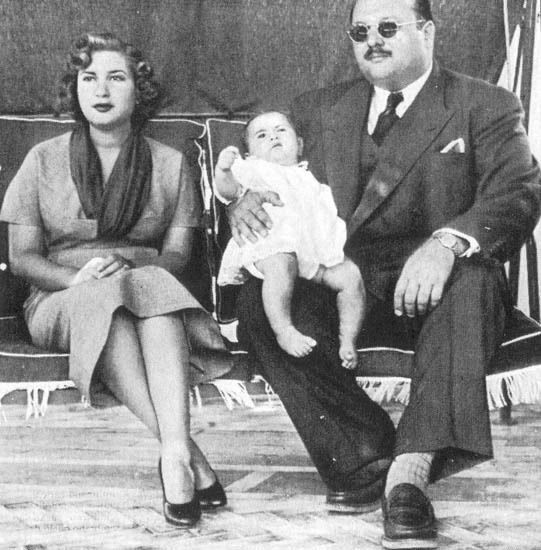 Farouk, the last knig of Egypt with any real power, was crowned in 1936 and proceeded to live it up. He owned numerous palaces in Europe, hundreds of cars, and thousands of horses. But financing the royal lifestyle turned out to be a bit of a problem, so Farouk turned Egypt into even more of a kleptocracy than it had previously been. He was even renowned as a skilled pickpocket and was known to steal valuable items while on state visits to other countries (incuding a priceless pocket watch from Winston Churchill and a ceremonial sword from the shah of Iran!). In the end, Farouk was overthrown by a military coup in 1952 and briefly replaced with his newborn son, Faud. But after a few months of infant rule, Egypt cleverly scrapped the monarchy thing altogether in favor of a slightly less corrupt military dictatorship under Gamal Abdel Nassar (which degenerated into an arguably more corrupt system than Farouk could have dreamed possible). As for ex-king Farouk, he lived out the rest of his life in exile. Eating being one of his few pleasures, he died in 1965, at the age of 45, after gorging himself at the table. He weighed out at 300 pounds.

Be sure to visit mental_floss‘ extremely entertaining website and blog!