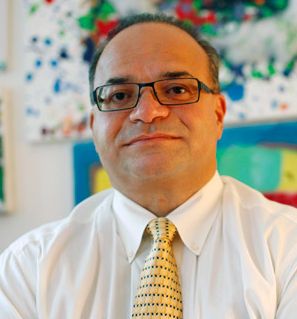 Lawyer and financial planner Joseph Caramadre has made a career out of reading the fine print and exploiting loopholes. He's under fire now for a scheme in which he sold variable annuities with life insurance. The catch he found is that Rhode Island doesn't specifically state that you have to have some kind of relationship with a person in order to insure their life. And during the latest economic boom, insurance companies were very eager to sell policies. So Caramadre sold variable annuities to investors, tagged the attached life insurance policy on someone else who was close to death, and made himself and/or his investors the beneficiary of their insurance policy.

There is something morally unsettling about this. Put simply: Caramadre was setting himself and his clients up to profit from the demise of strangers. While the macabre aspect of his scheme offends many, it did not make Caramadre squeamish. He rationalized that a lot of people — funeral homes, hospitals and cemeteries — make money from the dead and dying, why not him?

Caramadre’s insight might have remained a curiosity were it not for something called “the arms race.” As competition intensified in the mid-2000s, many life insurance companies launched an unprecedented war for customers, offering benefits they now acknowledge were far, far too favorable.

The insurance companies’ contracts provided little defense against Caramadre’s approach. For policies under a million dollars, they didn’t check the health status of people receiving variable annuities. Instead, they limited the ages of annuitants or the amount that could be invested. All that the companies required for persons to serve as a measuring life was their signature, birthdate and Social Security number. Some didn’t even require the signature.

There was usually only a single line that touched on insurable interest in the contract. Companies would ask if a relationship existed between the investor and the annuitant. Caramadre and the men with whom he worked would either leave the answer blank or type in “none.” The companies, eager for business, took the policy anyway.

Insurance companies have sued Caramadre left and right, and he is also being investigated for criminal conspiracy. The question is not whether the scheme was despicable; the question is whether it was strictly illegal. Link