Today marks H.P. (Howard Phillips) Lovecraft’s 122nd birthday. In honor of the author’s amazing impact on modern pop culture, lets take a little look at the life that led to some of the most famous horror icons of the last century.

Creating A Mind For Madness 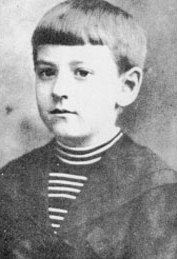 Given how dark many of Lovecraft’s stories are, it shouldn’t be all too surprising that his childhood was fairly dark as well. It wasn’t that the young boy was abused or anything, it’s just that his father was institutionalized when he was only three and died when he was eight. While Lovecraft maintained throughout his life that his father suffered from a nervous breakdown caused by working too hard, many researchers believe he actually suffered from syphilis.

Even without his father around, young Howard had a lot of family support, as he lived with his mother, his two aunts and his grandfather in a charming home in Providence, Rhode Island. The boy was pretty much a genius and was able to recite poems at only three and write his own poetry at six.

His grandfather encouraged him by reading him classic stories, but he also stirred up the boy’s imagination with Gothic horror stories. While that’s normally not such a bad thing, and little Howard loved the stories, it’s not generally a good idea to keep telling scary stories to children who suffer from night terrors –like Lovecraft did from a very young age. He had one recurring nightmare featuring faceless demons that he called “night gaunts.” Later on these creatures would become the subject of one of his poems and many believe his childhood nightmares provided inspiration for his later tales of terror.

As if his nightmares weren’t bad enough, the boy was also frequently ill. In fact, he was so sickly that he couldn’t enter school until he was eight and even then, he was withdrawn again only a year later. Fortunately, Howard was highly interested in academia and spent his time out of school reading text books, particularly those focused on chemistry and astronomy –his two favorite subjects.

While he finally was well enough to attend high school, his grandfather’s death paired with difficulty in mathematics (which he needed to master to become an astronomer or chemist) caused him to suffer from a nervous breakdown shortly before graduation. As a result, Lovecraft dropped out and never actually received his diploma.

Getting His Foot In The Door 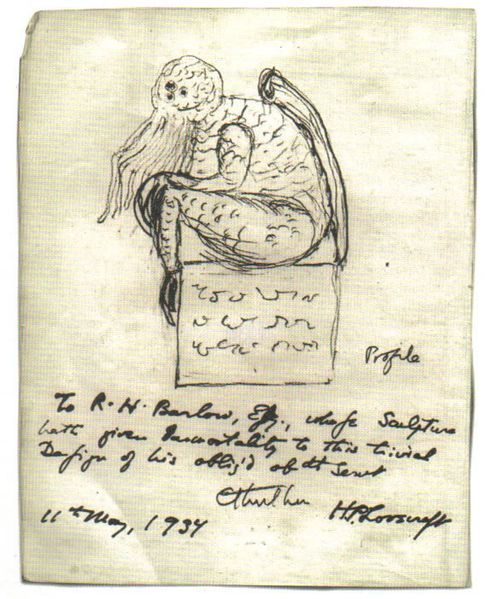 While Lovecraft wrote a few short stories as a child, he mostly wrote poetry after high school. He soon became a hermit and only talked to his mother. Everything changed when he sent a letter to the pulp magazine The Argosy, complaining about one of their most popular writers. His letter and the resulting debate appeared in the magazine’s letters to the editor column and caught the attention of the President of the United Amateur Press Association, who invited Lovecraft to join the group. The organization inspired Lovecraft to start writing more poems, essays and short stories. He finally started getting his work published and gained a large network of correspondents in the process, including the writer of Psycho and the author of the Conan the Barbarian series.

This was particularly good timing for him to gain some new friends, as his mother was institutionalized during the same period. She died only two years later due to complications related to a gall bladder surgery. Only a few weeks later, Lovecraft met his future wife, Sonia Greene, at an amateur journalist convention in Boston. The couple married three years later and moved to New York, unfortunately, they did very poorly financially and Sonia eventually moved to Cleveland to find work. Howard stayed behind and grew to hate New York deeply. Only a few years later, the couple agreed to get a divorce and Lovecraft returned to Rhode Island to live with his aunts.

The last ten years of his life, those he spent back in Providence, were Lovecraft’s most prolific. Aside from writing his own stories, he also worked as an editor for other authors and did quite a bit of ghost writing, including crafting tales for Harry Houdini. Of course, he kept his best work, and all of his stories about Arkham, for himself.

While his writing went really well during this time, his life wasn’t. Despite how much he was putting out, he still was growing poorer and he was forced to move to a smaller home with his last living aunt. One of his good friends committed suicide, and then, in 1936, Howard was diagnosed with cancer of the small intestine. He was in constant pain until his death in March of the next year. 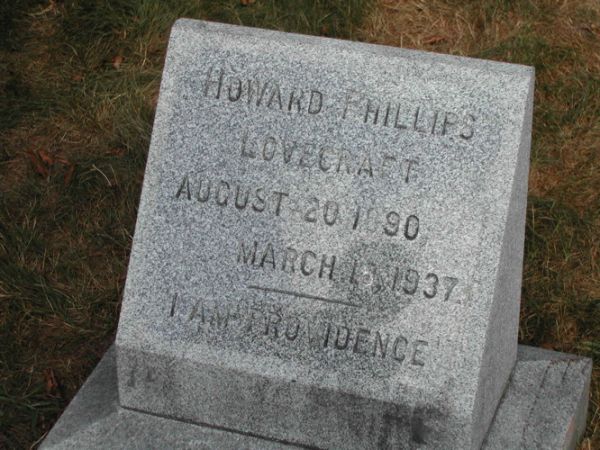 All in all, Lovecraft lived a short, lonely and generally depressing life. To make matters worse, his writing remained relatively unknown during his lifetime, despite his many correspondences with other writers of the time. Interestingly, since his contact with others was primarily through letters, Lovecraft is now the second most prolific letter-writer of all time, falling only behind Voltaire in number of correspondences sent. Before his death, the author is believed to have written over 30,000 letters, primarily to fiction writers working in his genre of “weird fiction.” His letters have since been released by five different publishing houses, including one autobiography comprised solely of the letters the author sent throughout his lifetime, carefully arranged to chronologically explain his life story. 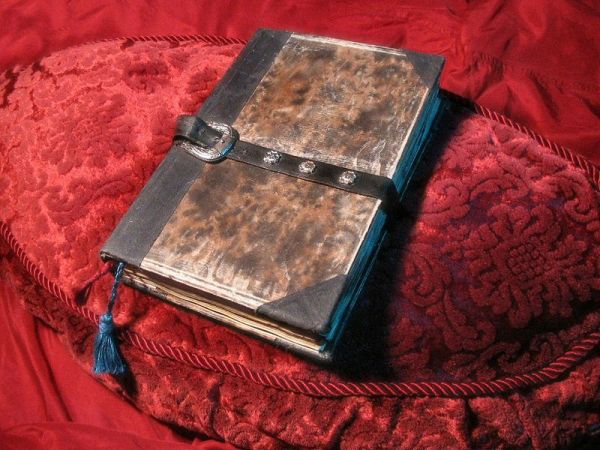 Lovecraft’s primary contact during his later years was with fellow weird fiction writers, who eventually became known as the “Lovecraft Circle,” since they all tended to incorporate elements of Howard’s stories with their own writings. These writers continued to expand on the Cthulhu mythology even after Lovecraft passed away and, eventually, helped his stories become more popular.

These days, authors such as Stephen King, Alan Moore, Mike Mignola and Neil Gaiman consider Lovecraft to be one of their primary writing influences. He also inspired many famous artists and directors, including Clive Barker, H.R. Giger, John Carpenter, Guillermo Del Toro and Stewart Gordon. Metal bands, including Metallica, Iron Maiden and Black Sabbath, have recorded tributes to Lovecraft. The mental institution in Batman comics has been named in his honor –Arkham Asylum. There’s even a spider species named after one of Lovecraft’s creations, the Pimoa cthulhu.

While he still may not be as famous as Anne Rice or Dean Koontz, H.P. Lovecraft has had an immeasurable impact on popular culture and as a result, even people who have never heard of the author have still heard of Cthulhu, Arkham and the Necronomicon –not bad for an impoverished hermit.