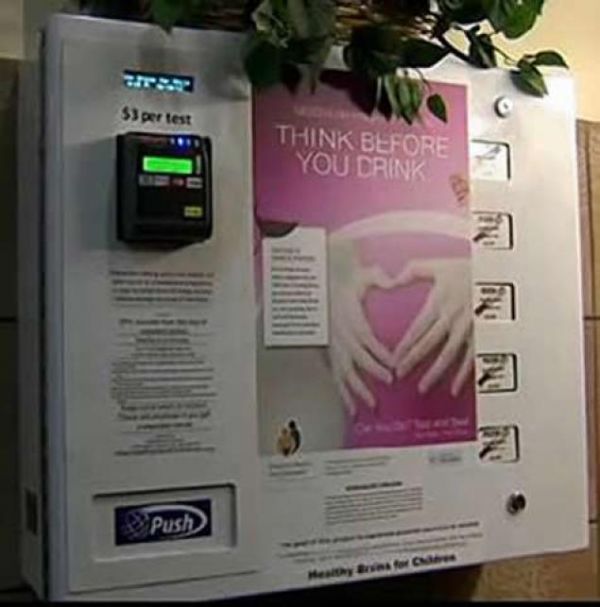 Healthy Brains for Children, a non-profit organization in the Minneapolis, Minnesota area, wants to reduce the incidence of fetal alchohol syndrome. So it plans to put 100 vending machines in bars to sell pregnancy tests. The idea is that women who suspect that they may be pregnant can check before taking a drink and potentially harming a child’s development. There’s already one at a bar in Mankato:

“I don’t make a dime on the machine,” he said. “We just gave them wall space.” Pub 500 supports their dedication to reducing the number of children born with learning disabilities owing to prenatal alcohol exposure.

“It was another worthy cause,” he said.

A sign posted above the pregnancy test dispenser warns about the dangers of drinking while pregnant. “A pregnant mother should not be drinking, and there are many cases where she may not even know that she is pregnant,” it reads.

Link -via The Mary Sue | Photo: Healthy Brains for Children