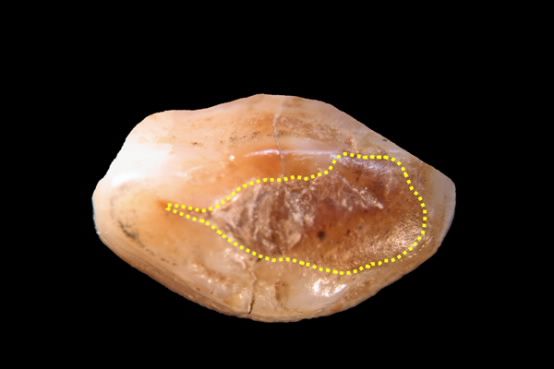 In a cave in Slovenia, archaeologists found a human jawbone with intact teeth. One in particular captured their attention because it had a cavity filled in with beeswax. At 6,500 years old, this is the oldest dental filling ever discovered:

While the beeswax may have been applied as a coating before the crack opened, or placed after death as part of a funeral ritual, the researchers think it was a filling. It looks like the cavity formed before the wax’s application, and it seems odd that a funeral ritual would have targeted a single tooth—no wax was placed on the other teeth, even those with some damage. This particular crack would have been a nasty, painful cavity, and the beeswax probably soothed the pain and insulated the damaged tooth from temperature changes and contact with food.