The following is an article from the book Uncle John’s Absolutely Absorbing Bathroom Reader.

You’ve heard of Air Force One, but what do you really know about it? Here’s a short history of what’s now considered the “flying White House.” 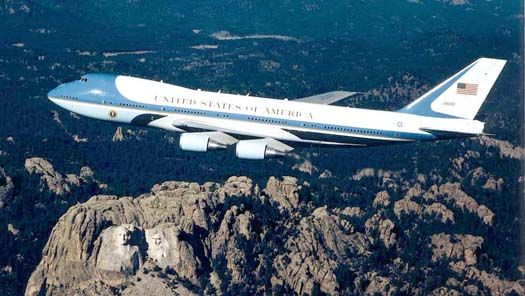 Nowadays we take for granted that traveling around the world is part of the president’s job. But that wasn’t always the case: As late as the 1930s, it was considered the president’s duty not to leave the country -he was expected to remain on U.S. soil for his entire term of office …and wasn’t even supposed to stray far from Washington, D.C. This tradition was left over from the pre-telephone age, when the only way a president could command the government on a moment’s notice in an emergency was to be physically in or near the nation’s capital at all times. Leaving town literally meant leaving power, and presidents aren’t supposed to do that. For the first 130 years of the Republic, not a single American president left the United States while in office, not even once. (Well, okay, once. Grover Cleveland briefly sailed across the U.S.-Canada border back in the 1890s.) 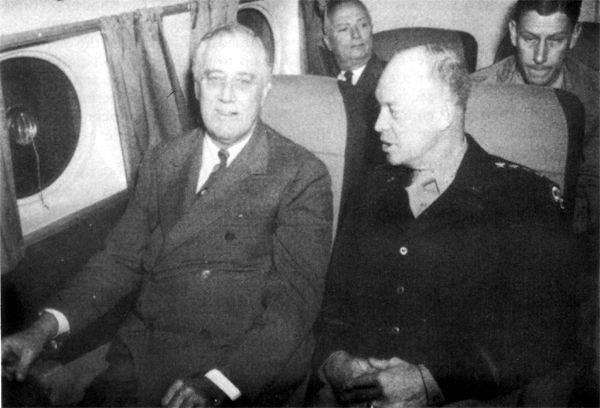 So in January 1943, when Franklin Roosevelt flew to North Africa to meet with Winston Churchill and plan the Allied invasion of Southern Europe, he became only the third president to go overseas (the others: cousin Teddy Roosevelt inspected the Panama Canal in 1906 and Woodrow Wilson attended the Paris Peace Conference at the end of World War I).

FDR hated airplanes, but German submarines were patrolling the Atlantic and sinking American ships, so the Secret Service forbade him from traveling by sea. He flew in a chartered PanAm Flying Boat seaplane called the Dixie Clipper. That changed everything.

When FDR’s historic trip became publicized weeks later, it turned out to be an important psychological boost not just for the war effort, but also for the fledgling airline industry. If it was safe enough for President Roosevelt to fly during the war, people reasoned, it would be safe enough for anyone to fly in times of peace. Furthermore, Americans realized that with planes, the president could travel almost anywhere in the world in a matter of days and return just as quickly if need be. And thank to radio and telephone communications, it was possible to remain in fairly close contact with the government at all times. Within weeks of Roosevelt’s historic journey, the U.S. Army Air Corps (precursor to the Air Force) began making plans to provide a custom-made plane for the president’s exclusive use. Since then, each president has had an official plane, and today the president’s airplane is considered an extension of the White House. 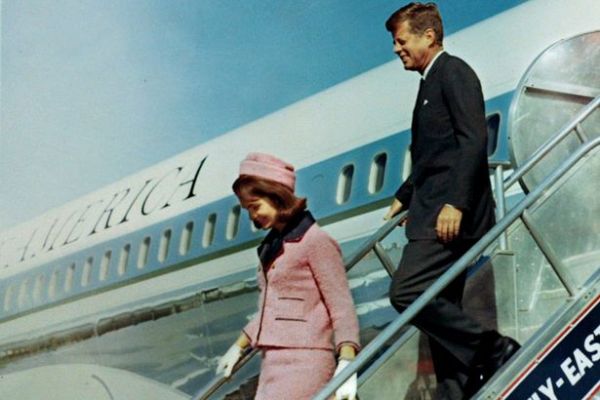 * Technically speaking, although there is a special presidential airplane, it doesn’t have the radio call sign Air Force One. The call sign is attached to the president himself; it is given to whatever Air Force plane in which he happens to be flying. Likewise, any plane in which the vice-president flies is known as Air Force Two.

* In fact, before JFK, each presidential aircraft had its own name: President Roosevelt’s plane was nicknamed the “Sacred Cow” by the White House Press Corps; President Truman’s plane was the Independence (Truman named it himself, out of fear that it might otherwise become the “Sacred Cow II”); and president Eisenhower’s was the Columbine.

* Then in 1962, President Kennedy took delivery of a Boeing 707, the first presidential jet airplane …and never bothered to name it. With no other name to go by, the media began referring to the plane by its call sign. The term Air Force One has been used for presidential aircraft ever since.

* In 1971 Richard Nixon renamed his plane The Spirit of ’76 in advance of the U.S. Bicentennial, but the name never took hold. 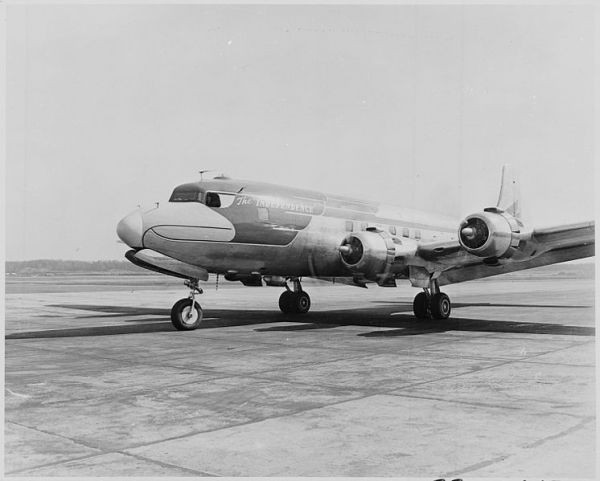 One of the perks of being president is that you get to have Air Force One remodeled to suit your own tastes. President Truman had his plane painted to look like a giant eagle, with stylized blue feathers, cockpit windows that looked like eyes, and a nose painted to look like a big brown beak. (The nose was later repainted yellow, out of fear the White House Press Corps might nickname the plane “Brown Nose.”) 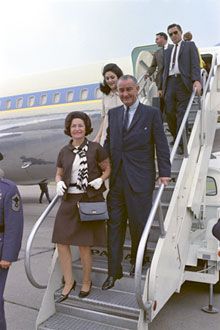 * President Lyndon Johnson had all of the passenger seats unbolted and turned around so that they faced the rear of the plane -toward his compartment. He also ripped out the cherry wood divider separating his compartment from the rest of the plane and replaced it with clear Plexiglass, Jerry Ter Horst writes in The Flying White House, “so that he could keep an eye on everybody -and they on him.”

The most extensive makeover for Air Force One came in the late 1950s and was proposed by Allen Dulles, director of the CIA. Not long after he inaugurated the super-secret, high-altitude U2 spy plane program, Dulles proposed outfitting the president’s airplane with hidden spy cameras for an upcoming trip to the Sovet Union.

Unlike U2 spy planes, which flew at altitudes as high as 70,000 feet, President Eisenhower’s plane would be flying under 5,000 feet, and was the only Western aircraft allowed into Russian airspace. Why not take advantage of the trip to take much closer pictures of Soviet defenses?

Whether or not Eisenhower was informed of the plan (many historians suspect he wasn’t), it was approved, and his aircraft was fitted with a camera inside a hidden compartment in the fuselage. The controls were carefully disguised to look like the co-pilot’s fresh-air vent, so that they would be undetectable even if a Soviet pilot was riding shotgun in the cockpit.

The cameras on board the presidential plane might well have provided the U.S. with the biggest intelligence coup of the Cold War …had they ever been put to use. But they weren’t- on May 1, 1960, pilot Gary Francis Powers was shot down in his U2 spy plane over Soviet airspace, and Nikita Khrushchev used the incident to scuttle Eisenhower’s visit to the USSR. The cameras were removed when John F. Kennedy was elected president. 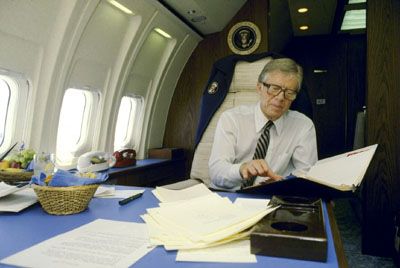 * Stealing objects stamped with the presidential seal has long been one of the perks of being invited to fly aboard Air Force One. Still, not every president has approved: President Carter was so offended by the practice that he ordered the plane’s expensive engraved crystal ashtrays, candy dishes, and wine glasses removed and had them replaced with plastic containers and paper cups.

* Lyndon Johnson took the opposite approach -he filled the plane with expensive trinkets so that his guests would have something to steal. “It was useful to him to have people brag about flying with LBJ -and to have a souvenir with which to prove it,” one aide remembers.

* True to form, when LBJ returned home to Texas on his last official trip aboard Air Force One, he reportedly stole everything that wasn’t nailed down …and a few items that were, recalls pilot Ralph Albertazzie:

When I took over the plane after it came back from Texas, I found an empty larder. We had no presidential china, no Air Force One silverware, no Air Force One cigarettes, no cocktail napkins, no towels -not even any paper products like toilet tissue. They were all gone. Even LBJ’s special executive chair -the one we called “the throne”- was unbolted from the floor and taken away. The presidential stateroom was bare of pillows, blankets, and everything else that bore the presidential seal. I couldn’t believe my eyes. 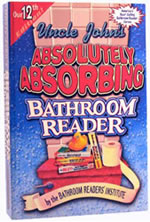