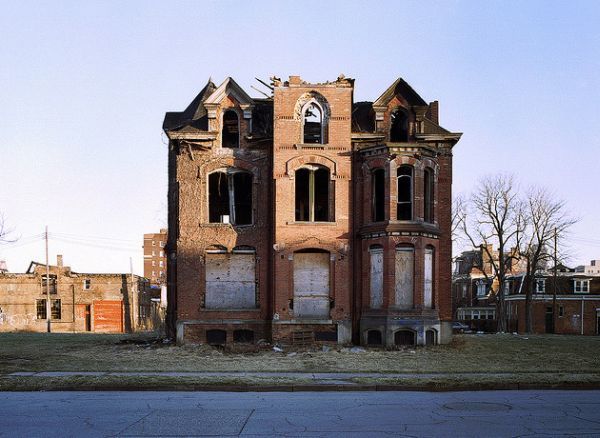 I've loved big old houses since I was a toddler and lived in a Victorian mansion. Of course, it was subdivided into student apartments by then, but still… I see homes like this and think how wonderful it would be to live there, but how very expensive it would be to make it habitable again.

Documented by photographer Kevin Bauman as part of his excellent 100 Abandoned Houses project, the 24-block neighbourhood of Midtown Detroit known as Brush Park, conceived in the 1850s, had once been an oasis of grand homes aimed at the city’s elite. Spearheaded by entrepreneur Edmund Brush, construction peaked several decades later with 300 Victorian, Second Empire and Romanesque homes. But the area fell into disrepair due to the advent of streetcars and automobiles, which enabled well-to-do residents to move away from the inner city during the early 20th Century.