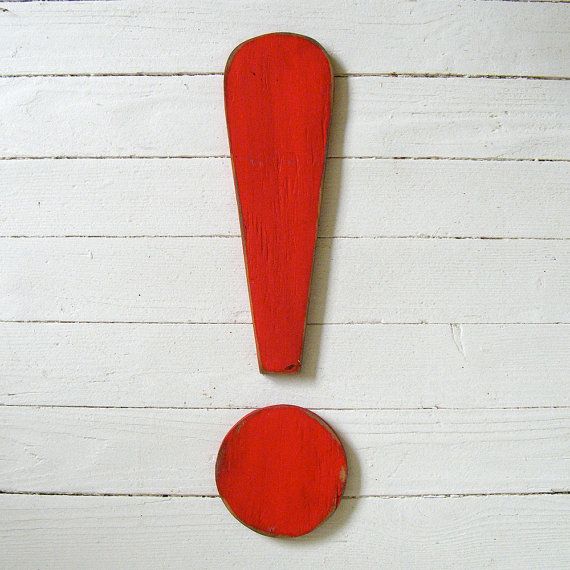 Exclamation points are useful for communicating emphasis! But where did this punctuation mark come from?!

The current running theory is that it comes from Latin. In Latin, the exclamation of joy was io, where the i was written above the o. And, since all their letters were written as capitals, an I with an o below it looks a lot like an exclamation point.

But it wasn’t until 1970 that the exclamation point had its own key on the keyboard. Before that, you had to type a period, and then use the backspace to go back and stick an apostrophe above it. When people dictated things to secretaries they would say “bang” to mark the exclamation point. Hence the interobang (?!) – a combination of a question (?) and an exclamation point (!).