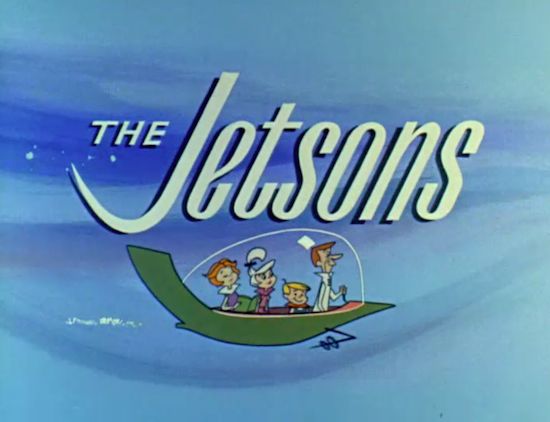 On September 23, 1962, 50 years ago Sunday, The Jetsons premiered on American TV. It was the first show ABC broadcast in color. Although the series only lasted one year in its initial run, it left more than one generation with the definitive vision of “the future.”

“The Jetsons” was the distillation of every Space Age promise Americans could muster. People point to “The Jetsons” as the golden age of American futurism because (technologically, at least) it had everything our hearts could desire: jetpacks, flying cars, robot maids, moving sidewalks. But the creators of “The Jetsons” weren’t the first to dream up these futuristic inventions. Virtually nothing presented in the show was a new idea in 1962, but what “The Jetsons” did do successfully was condense and package those inventions into entertaining 25-minute blocks for impressionable, media-hungry kids to consume.

And though it was “just a cartoon” with all the sight gags and parody you’d expect, it was based on very real expectations for the future. As author Danny Graydon notes in The Jetsons: The Official Cartoon Guide, the artists drew inspiration from futurist books of the time, including the 1962 book 1975: And the Changes to Come, by Arnold B. Barach (who envisioned such breakthroughs as ultrasonic dishwashers and instant language translators). The designers also drew heavily from the Googie aesthetic of southern California (where the Hanna-Barbera studios were located)—a style that perhaps best represented postwar consumer culture promises of freedom and modernity.

Paleofuture takes a close look at The Jetsons, in an introduction to a series of blog posts that will break down each episode. Link -via Metafilter