Artist ABOVE was invited to Zaragoza,
Spain, to paint at the 7th annual international art festival ASALTO.
This is the result: a 120 foot long wall painting titled 24% DESEMPLEADOS
(translation: 24% UNEMPLOYED)

Spain is the Eurozone’s 4th largest economy, however one in four
people in Spain are unemployed. In August 2012, Spain's unemployment
rate reached 24.4%, twice the euro-zone average. Even more shocking
is the unemployment rate for those under 25 years old, is a staggering
53%! As of September 2012 there are 4,600,000 people without jobs in
Spain.

An unemployment rate of 24% or 25% puts a country about where the
U.S. was during the 1930s during the Great Depression. In September
2012 Spain breaks the world record and has the highest unemployment
anywhere in the world! 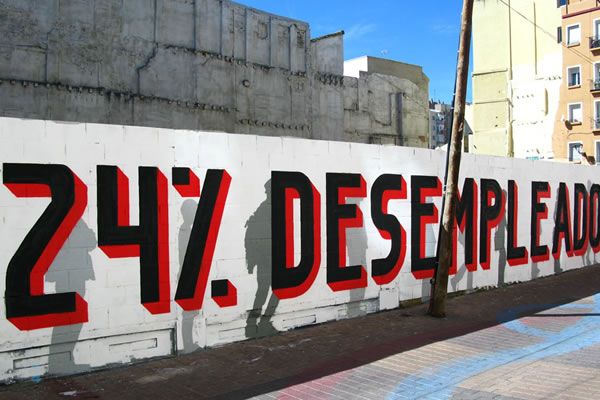