Happy National Cheeseburger Day everyone! In honor of the holiday celebrating one of the world’s most popular foods, here are a few of the strangest hamburgers ever grilled up and served on a bun. 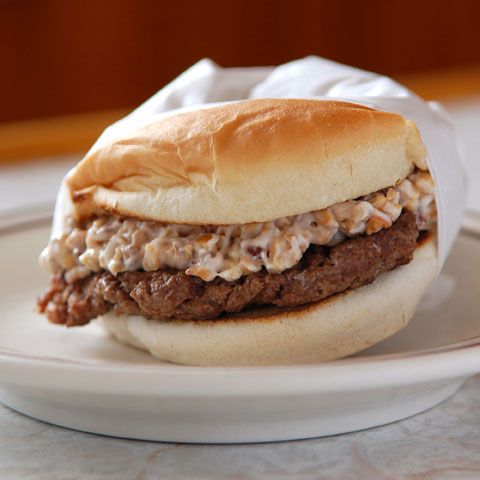 I’m not a big fan of nuts, especially peanuts, so this burger sounds gross to me. But for those who love burgers slathered in peanut butter, but wish there was a chunkier version than even the chunkiest of peanut butters could offer, you might just love the Nutburger from Matt’s Place. It’s essentially a regular hamburger covered in a topping made from nothing but chopped peanuts mixed with mayo. Author George Motz who wrote Hamburger America says it’s "like eating sundae topping on a burger… It's great!" 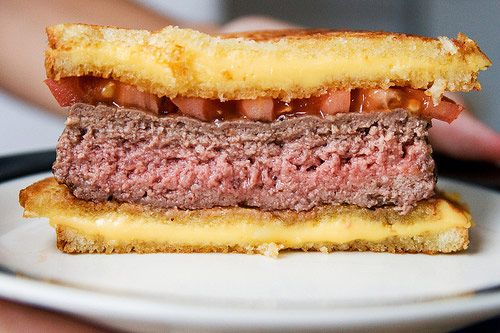 What’s better than a cheeseburger? A burger sandwiched between two delicious, buttery grilled cheese sandwiches. This delightful innovation on a burger was originally concocted at the Mossy Creek Cafe in Fisherville, Virginia, but since they have since gone out of business, you’re only option to enjoy one is to make your own. If you can’t figure it without a recipe, Serious Eats has instructions to help you create it at home.  And, if you really want to up your chloresterol levels, then don’t miss the instructions on making a double bacon fatty melt. 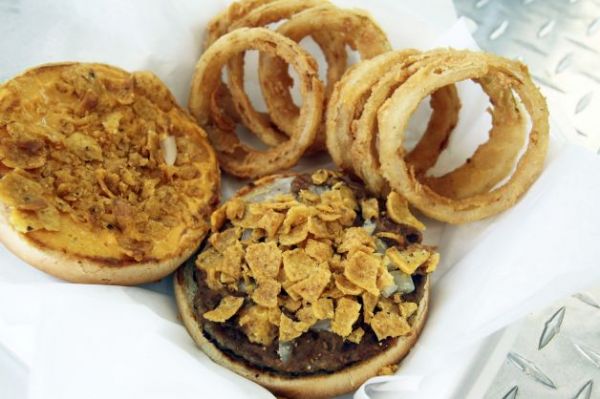 No, not a patty made with beans, this is a Texas specialty that began at Sills Snack Shack all the way back in 1953. It features Cheez Wiz, onions, refried beans and crushed Fritos. While the original Snack Shack closed a while back, two nephews of its creator have reopened a food truck offering all of Sills’ famous specials, including the Bean Burger.

4. Cheeseburger in a Can 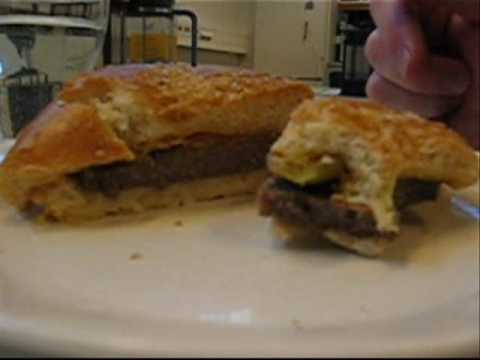 Here’s one that actually sounds like a hoax, but apparently this is a real product that will make life in a post-apocalyptic bomb shelter a tiny bit more bearable. Surprisingly, while a canned cheeseburger complete with toppings seems like it would be utterly revolting, it actually doesn’t seem to be that disgusting, at least according to this YouTube video. 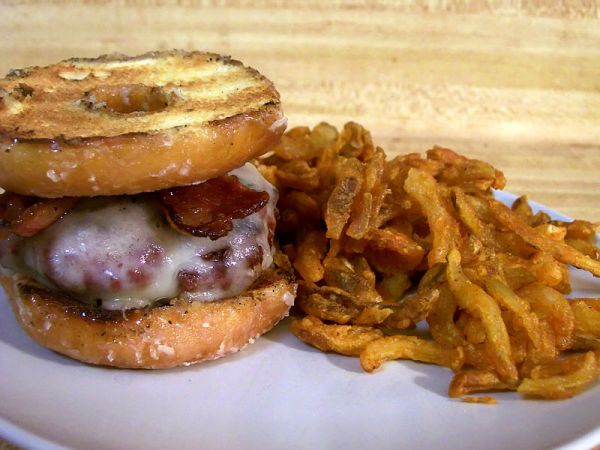 I’ve always heard this called a Krispy Kreme burger, but because it was supposedly a favorite of singer Luther Vandross, its most common name is the Luther Burger. The creation is said to have been invented at a bar named Mulligan’s when the chef ran out of buns and started using donuts instead. Whatever the origin, the name and no matter where you buy it, it always features a glazed donut with a hamburger patty in the middle. 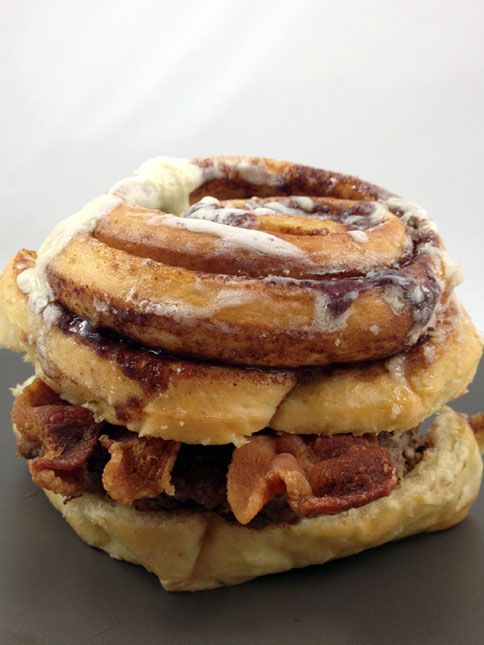 Alternatively, if you prefer cinnamon rolls over donuts, Dude Foods has you covered. 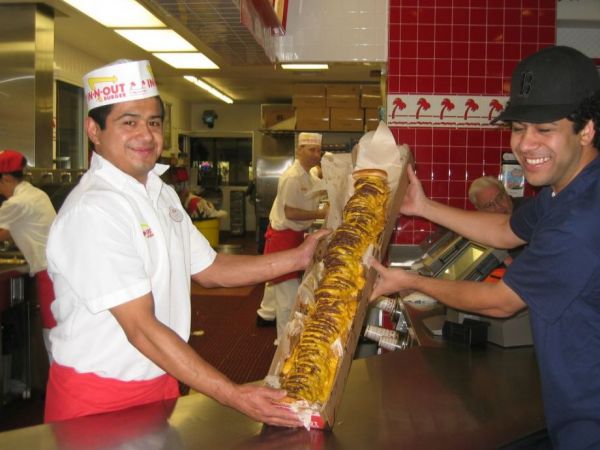 In-N-Out’s secret menu is pretty famous these days and it’s become pretty common knowledge that you can order a burger any size you want by simply requesting the number of beef patties and the number of cheese patties, for example, 4×4’s are pretty popular these days. That being said, after reading this story, I think we can all agree that no one should ever order a 100×100 again. 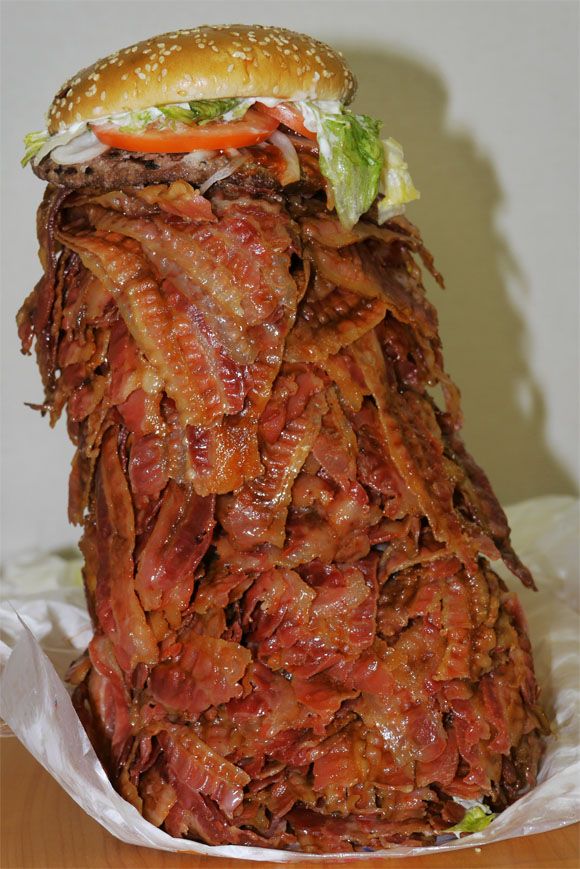 Of course, if that’s still not enough gluttony for you, then perhaps you’d enjoy the Burger King Whopper with 1050 strips of bacon that was essentially:

the top half of a Whopper sitting comically upon an epic throne of bacon, with a sliver of lettuce sprouting from the base, suggesting that the bottom half of the burger may be salvaged yet. 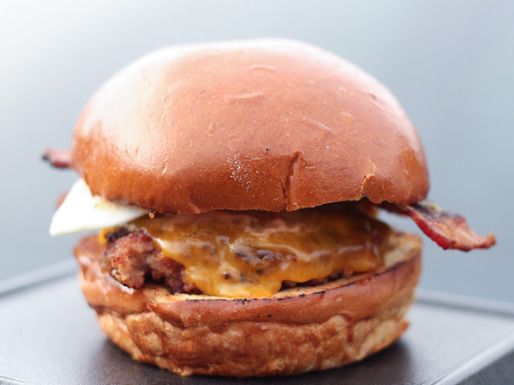 This might be the most famous cheeseburger of the last year since word quickly spread across the net that Slater’s 50/50, home of the half beef/half bacon patty, released a burger made from an all bacon patty. In case you were wondering, that wasn’t all the bacon in this burger, it was also served with bacon-filled thousand island dressing, bacon cheddar, two strips of bacon, and a fried egg.

For those that think everything could use more bacon, the burger could serve as a good reality check. According to Serious Eats, the greasy burger was so salty that it was impossible to finish. 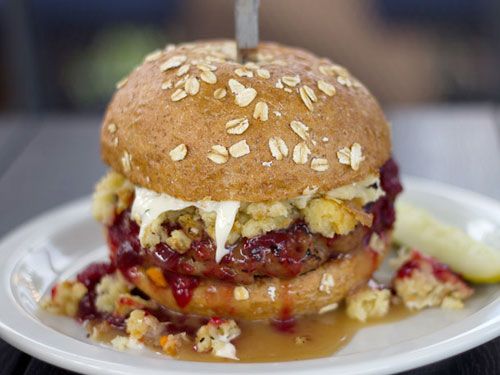 Don’t let the disappointment of the limited edition ‘Merica Burger put you off from Slater’s though. Their regular menu items are generally pretty darn tasty. In fact, if you don’t have anyone to spend Thanksgiving dinner with, the burger chain’s delicious Thanksgiving Burger is a great alternative, featuring a turkey patty, stuffing, cranberry sauce, sage mayo and gravy. You can even get your sweet potato casserole fix by ordering a side of sweet potato fries with pumpkin sauce. 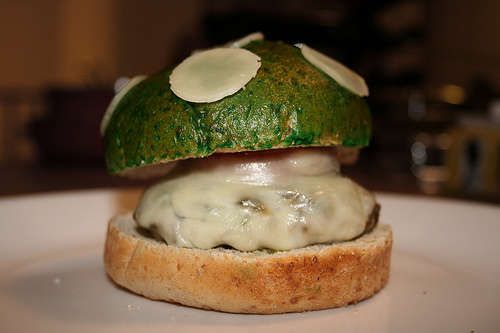 Feeling a little down? Well then get some life back in you with a 1UP Mushroom Burger, inspired by the Mario Bros. series. Simply dye your buns with food coloring and then add spots with mozzarella and you’ll be well on the way to feeling like your old plumber self again. 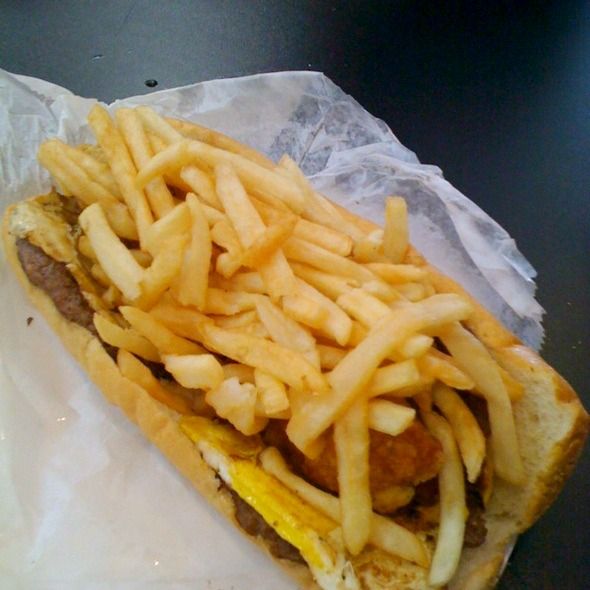 Need to gain weight in a hurry? Well Fat Sandwich Company is here to help and it you’re dying for a burger and a fat sandwich in one you might just enjoy the Fat Magnum, as it features two hamburger patties, two chicken strips, two mozzarella cheese sticks, bacon, two fried eggs, two kinds of cheese and a handful of fries on a massive sandwich roll. No word on how it tastes, but it certainly looks good in the picture. 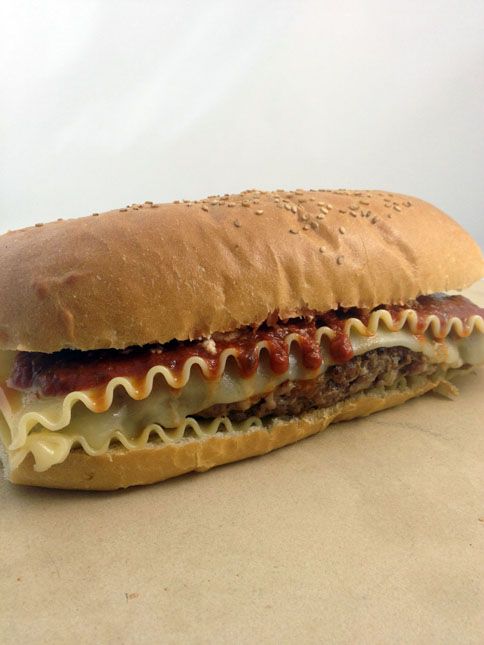 Can’t decide between a cheeseburger or pasta? Then perhaps the lasagna burger will satisfy both of your cravings after all, it’s essentially an extremely meaty lasagna sandwiched inside of a roll. While Dude Foods doesn’t have a full recipe, they did include more than enough details to reconstruct this delicacy at home.

Of course, there are an infinite number of ways to top a burger, so this is only a handful of delightfully weird options out there. What is the weirdest burger you’ve ever had? Was it any good? If not, what’s the best burger topping you’ve ever had? My weirdest burger ever had wine-poached pears, cream cheese and plum jelly on a boar burger –it was amazing, the flavors really worked together.