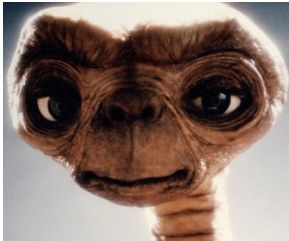 Has it really been 30 years since E.T. was stranded on Earth? That’s hard to believe. The groundbreaking film by Steven Spielberg holds up pretty well over time. And if you enjoyed the movie, you’ll enjoy learning some trivia about it. For example, did you know that gadget that E.T. rigged up to phone home worked?

When they wanted E.T. to phone home in the film, they got science and technology expert Henry Feinberg to design a device that would actually work. The communicator was made up of parts including; a Speak & Spell, a record player, a coat hanger, a tin can, an umbrella and a few other components.

You’ll also get a glimpse of how many people were involved in creating the title character, from visual inspirations to voice actors to those who were in the costume. Link -via the Presurfer