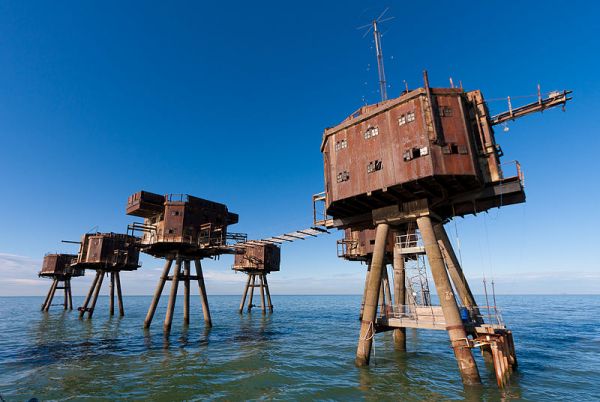 What you see here is the Red Sands sea fort six miles off the coast of England. It was used during World War II to guard against u-boats and aircraft attack. As you can probably guess, the was an unpopular post, and was only manned for a few months. Other sea forts look more comfortable, even spectacular, in a list of ten at The World Geography. Link-Thanks, Bosko!