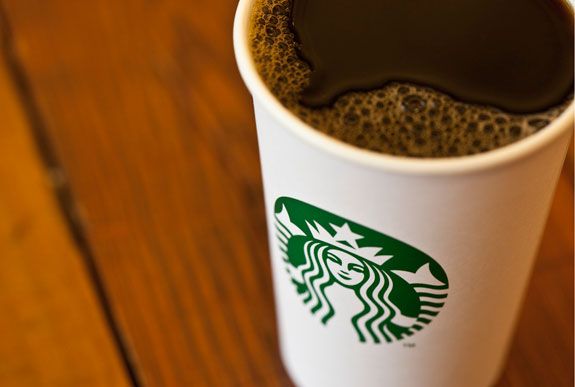 You may want to sit down, guys: it's pumpkin season in Starbucks land, but some stores are reportedly overwhelmed with demand and have run out of pumpkin spice syrup before the next shipment arrives.

Starbucks says there's no overall shortage of the key syrup ingredient, but notes that some stores suffer setbacks because of less frequent deliveries. "In a pumpkin emergency," however, shops can "place an extra order" for the sauce. Meanwhile, baristas are running to neighboring locations to grab supplies, and some are serving an instant version of the stuff. An Austin man managed to sell a $6.95 box of the instant version for $17 on eBay; other customers are hoarding it for themselves.

In my city there is only one Starbucks (and consequently, only one coffeeshop), and twice already this month I've heard, "Sorry, we're out of Pumpkin Spice" as people ahead of me in line were ordering. Since I drink mine straight-up, this isn't aproblem for me. But Twitter and Facebook (at least among my few thousand friends) seem to be abuzz with pumkin-shortage lament. Have any of you encountered this? IS YOUR LIFE OVER? Link