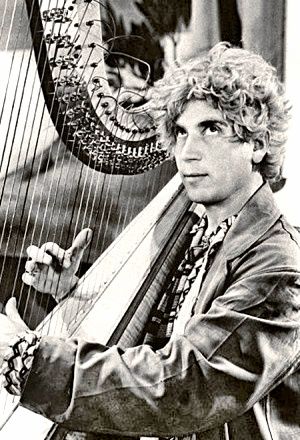 Was there ever a stranger, more unique, or more lovable movie star than Harpo Marx? Adolph Arthur Marx (later Harpo) was born in New York City in 1888. He got his famous nickname in a casual poker game in 1914 -it was given to him because (of course) he played the harp.

Because Harpo never spoke in his films, many people, to this day, believe he was actually mute. Groucho said one of the questions he was asked most often was, “Could Harpo talk?”

The answer is a definite “Yes.”

Harpo started out in Vaudeville with his brothers, in a singing act called The Four Nightingales. He sang, not good, but yes, he did sing. Groucho said Harpo sang “if you call growling singing.”

At one Vaudeville gig, Harpo’s singing was so bad, the theater owner offered to pay him $5 for “not singing” in the act! He continued to speak in the Marx Brothers’ act as it slowly developed into a comedy act, with much less emphasis on songs and singing. 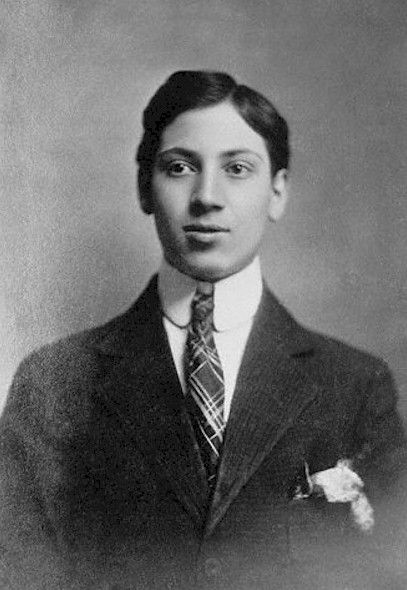 Around 1907 or 1908, after one performance, a local reviewer wrote an article to the effect of: “The Marx Brother who plays the dumb guy is great, but the effect is lost when he speaks.”

Around this time, Harpo’s uncle wrote a new sketch for the brothers, but he only wrote three lines for Harpo in it. When Harpo complained to Uncle Al, he was dismissed, and said, “Well, maybe I won’t talk at all!” It was meant as a threat, but Uncle Al liked the idea.

Harpo’s voice, in real life, was actually very rich and full, much like his older brother Chico’s. Harpo, being a New Yorker, pronounced “turkey” as “toikey,” “hamburger” as “hamboiger,” and “girls” as “goils.” This may have been another reason for Harpo adopting his “mute” character -his deep New York-accented voice was too great a contrast with Harpo’s sweet, innocent stage character.

Interestingly, Harpo does “speak” in a silent movie in which he made a brief appearance in 1925 called Too Many Kisses. Harpo plays a boob, and has one line: “You sure you can’t move?” 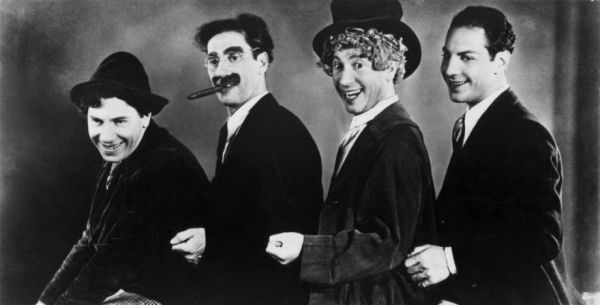 Harpo never technically speaks in any of the legendary Marx Brothers films. But a controversy does exist among Marx Brothers fans about the 1931 movie Monkey Business. At the beginning of the film, the four Marx Brothers are hiding in barrels on a ship singing “Sweet Adeline.” Many fans swear Harpo is singing his quarter of the four-part harmony of this song. Voice experts have studied the scene to try to discern if Harpo is, indeed, singing, but no one has proved conclusively whether or not he was.

When Groucho and Chico had a national radio show in the mid-1930s, Harpo was paid every week “not to talk” on it. 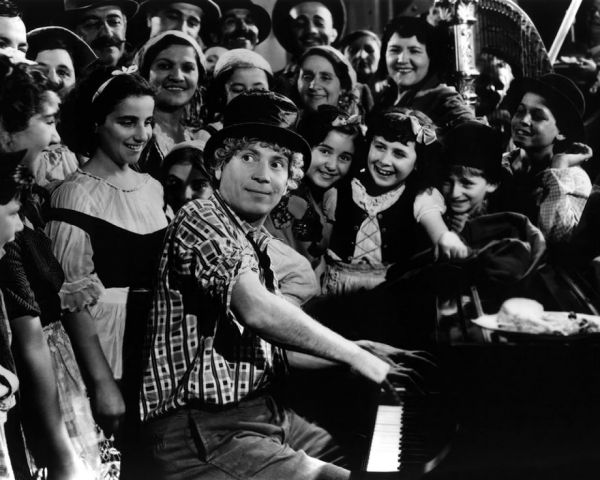 In the 1939 film At the Circus, Harpo delivers his one and only “line” in a talking film as he sneezes and clearly says “Achoo!” In 1946, Harpo was offered $50,000 to say the word “murder” in the movie A Night in Casablanca. He refused.

Interestingly, in a rare 1936 movie premiere newsreel, Harpo is actually seen (and heard) saying to his interviewer, “You’re gonna do the talking,” and adding the words “Honk! Honk!”I

Harpo did speak, onstage, during a brief run of the play The Man Who came to Dinner in a Los Angeles run. He played a character called Banjo who was based on him. 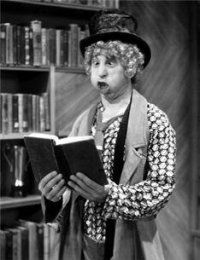 According to his beloved wife, Susan, he had a little pat speech he loved to deliver at banquets. He would walk onstage and begin by saying, "As unaccustomed as I am to speaking…" and this would bring the house down!

Harpo published his delightful autobiography Harpo Speaks in 1961, and interview tapes of Harpo reminiscing exist, too. Harpo made his final public appearance at the Pasadena Civic Center in 1963. He did his usual schtick, then came out afterwards and made a brief, touching speech to the audience. He began it by saying, "As I was about to say in 1907…"

The wonderful, brilliant Harpo Marx passed away on September 28, 1964. He brought joy and laughter into the world, without having to say a word.

To learn more about Harpo and see more of his work, I highly recommend the great Harpo Marx Tribute site by my beautiful friend Cathy. 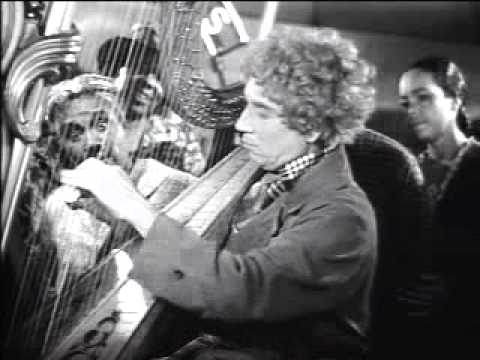