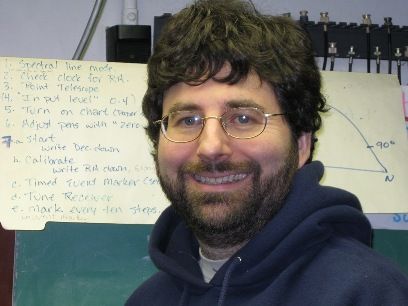 Abstract
In this paper we explore the resistance of astronomers to new paradigms.

1. Introduction
In the classic work The Structure of Scientific Revolutions (Kuhn 1962), Thomas S. Kuhn describes scientific research as “a strenuous and devoted attempt to force nature into the conceptual boxes supplied by professional education.” He points out that in some cases research results can change the basic tenets of current scientific practice, a process known as “paradigm shift,” but that scientists are usually very reluctant to change their ideas about how the universe works.

The history (Schulman 1999) of paradigm shifts in astronomy include the overthrow of Newton’s classical theory of gravity (Einstein 1916), the discovery of the expansion of the universe (Hubble 1929), and the realization that there aren’t enough jobs in academia (Schulman 2001). Such major paradigm shifts may occur only once in an academic career, making them difficult to study.

In this paper we look at the mental processes of a Ph.D. astronomer undergoing a minor paradigm shift. Such mental processes are by nature private, and it is therefore important to hide the astronomer’s identity by referring to him/her by initials only. 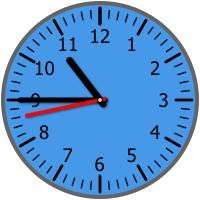 2. Observations and Results
We studied the paradigm shift that occurred when a Ph.D. astronomer, ERS, flew on business from Virginia to Alabama. Below we list a number of observations that ERS made, as well as the explanations of these observations under both the new and the old paradigms.

Old Paradigm Explanation: The rental car clock was not set forward for daylight savings time (five months before), and should therefore be set forward an hour.

Observation: When ERS arrives at the meeting he/she will be attending, the computers are not set up yet, even though ERS’s watch indicates that it is 12:45 pm and the meeting is supposed to start at 1 pm.

Old Paradigm Explanation: The computer support staff at the meeting venue are disorganized.

Observation: According to ERS’s watch, half the meeting participants arrive at about 1:30 pm and the other half arrive at around 2 pm for the 1 pm meeting.

Old Paradigm Explanation: The other meeting participants are inconsiderate.

Observation: It is announced that meeting participants can receive FAXes at the meeting venue between 8 am and 5 pm Central Daylight Time.

Old Paradigm Explanation: The meeting is being held at a a company whose headquarters are in a different state and company policy requires that all sites operate on the headquarters time zone rather than on the local time zone. 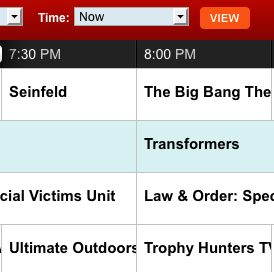 Observation: Although ERS’s watch indicates that it is 8:30 pm, the cable preview channel claims that it is 7:30 pm.

3. Conclusions
Although the minor paradigm shift did not affect any of ERS’s fundamental assumptions about the nature of the universe, it still required five observations that conflicted with the old paradigm before ERS was convinced that a new paradigm was needed. This is indicative of the difficulty that new paradigms usually have in being accepted.

Because many scientists are extremely reluctant to change their fundamental assumptions about the Universe, major paradigm shifts are often delayed until the older generation of scientists dies. It is customary to refer to scientists who adhere to the old paradigm as “dinosaurs.” Note that scientists with new-fangled ideas that conflict with the correct paradigm should of course be referred to as “crackpots.”

Hubble, E. 1929, “A Relation between Distance and Radial Velocity among Extra-Galactic Nebulae,” Proceedings of the National Academy of Science, Vol. 15, pg. 168.

Previously by Eric Schulman: How to Write a Ph.D. Dissertation. 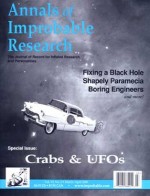 This article is republished with permission from the March-April 2000 issue of the Annals of Improbable Research. You can download or purchase back issues of the magazine, or subscribe to receive future issues. Or get a subscription for someone as a gift!

Visit their website for more research that makes people LAUGH and then THINK.