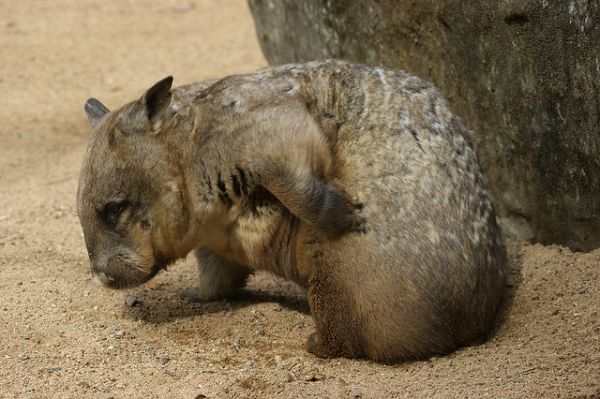 Look at that cute little wombat, just scratching his haunch during a break in some very important digging. So cuddly. Too bad he’s a Van Damme-kicking daath machine. The wombat looks cuddly and slow, but when confronted by a predator, he dives head-first into a hole, leaving his hind end exposed.

Here’s the catch: The wombat’s behind is made of cartilage, and impenetrable by teeth. Once the attacker is hooked on, the wombat uses it’s [sic] bizarrely powerful hind legs to kick the animal in the head. Until it’s dead. It kicks dingoes to death.

For more of nature’s surprisingly hardcore killers, check out the list on GuySpeed. Link