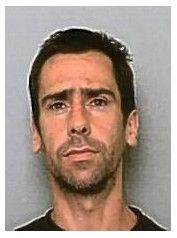 Marcus Banwell learned the hard way that if you steal hot peppers, you should wait until you are away from the store before you eat them. Banwell had apparently ingested at least one Scotch Bonnet pepper from the Singh Store in Bristol, England. The store owner heard a commotion as Barnwell doubled over and became sick from the fiery food.

Prosecutor May Li said when officers searched Banwell they found another four chilli peppers in his pocket, a stolen milkshake and fruit juice, and a clarinet stashed in his waistband, which was missing from a music shop.

The heat of a chilli pepper is measured using the Scoville scale.

The Scotch Bonnet, also known as Boabs Bonnet or Caribbean red pepper, is named for its resemblance to a Tam O'Shanter hat. Most Scotch Bonnets have a heat rating of 100,000 to 350,000 Scoville units. This compares to the rating of most jalapeño peppers, which is 2,500 to 8,000.

A small amount of drugs was also found. Banwell was sentenced to 14 weeks incarceration. Link -via Arbroath