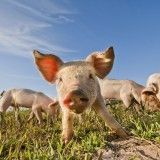 Let’s set the scene. Your OH has decided it’s date night, and although
he isn’t exactly ripped he has great emotional intelligence and made
an effort with his new soul patch, so as a treat you decided to get
vajazzled. Think that sounds ridic, or even douchey? Research from the
Oxford Dictionaries team shows that these terms have made their way
into common usage, hence their inclusion in the quarterly update of
new words and meanings. Other additions inspired by contemporary
culture include micropig, hosepipe ban, and e-cigarette.

Are you confused enough now? Continue reading for the definitions of those new words as they appear in the ODO.

· date night, n.: a prearranged occasion on which an
established couple, esp. one with children, go for a night out
together.

· dirty martini, n.: a cocktail made with gin (or vodka), dry
vermouth, and a small amount of olive brine, typically garnished with
a green olive.

· dog food, v. [new sense, chiefly computing]: (of a company’s
staff) use a product or service developed by that company so as to
test it before it is made available to customers.

· Dunbar’s number, n.: a theoretical limit to the number of
people with whom any individual is able to sustain a stable or
meaningful social relationship (usually considered to be roughly 150).

· ethical hacker, n.: a person who hacks into a computer
network in order to test or evaluate its security, rather than with
malicious or criminal intent.

· manage expectations, phr.: seek to prevent disappointment by
establishing in advance what can realistically be achieved or
delivered by a project, undertaking, course of action, etc.

· group hug, n.: a number of people gathering together to hug
each other, typically to provide support or express solidarity.

· guilty pleasure, n.: something, such as a film, television
programme, or piece of music, that one enjoys despite feeling that it
is not generally held in high regard.

· hackathon, n.: an event, typically lasting several days, in
which a large number of people meet to engage in collaborative
computer programming.

· hat tip, n.: (in online contexts) used as an acknowledgement
that someone has brought a piece of information to the writer’s
attention, or provided the inspiration for a piece of writing.

· hosepipe ban, n.: an official restriction on the use of
hosepipes, imposed by a particular water company on its customers
during a water shortage.

· inbox, v.: send a private message or an email to (someone,
typically another member of a social networking site or Internet
message board).

· lifecasting, n.: the practice of broadcasting a continuous
live flow of video material on the Internet which documents one’s
day-to-day activities.

· mansion tax, n.: a tax levied on residential properties
worth more than a certain amount.

· mood disorder, n.: a psychological disorder characterized by
the elevation or lowering of a person’s mood, such as depression or
bipolar disorder.

· mwahahaha, exclamation: used to represent laughter, esp.
manic or cackling laughter such as that uttered by a villainous
character in a cartoon or comic strip.

· NFC, abbrev.: near field communication, a technology
allowing the short-range wireless intercommunication of mobile phones
and other devices for purposes such as making payments.

· photobomb, v.: spoil a photograph of (a person or thing) by
suddenly appearing in the camera’s field of view as the picture is
taken, typically as a prank or practical joke (n.: photobombing).

· takeaway, n. [new sense]: a key fact, point, or idea to be
remembered, typically one emerging from a discussion or meeting.

· user experience, n.: the overall experience of a person
using a product such as a website or a computer application, esp. in
terms of how easy or pleasing it is to use (also UX, n.).

· vajazzle, v.: adorn the pubic area (of a woman) with
crystals, glitter, or other decoration.

· video chat, n.: a face-to-face conversation held over the
Internet by means of webcams and dedicated software.

· vote, v. [new sense: vote someone/thing off the island]:
dismiss or reject someone or something as unsatisfactory [with
reference to the reality television Survivor).

· Wikipedian, n.: a person who contributes to the
collaboratively written online encyclopedia Wikipedia, esp. on a
regular basis.

· 3D printing, n.: a process for making a physical object from
a three-dimensional digital model, typically by laying down many
successive thin layers of a material.

Read more about the new additions at the ODO blog. Link