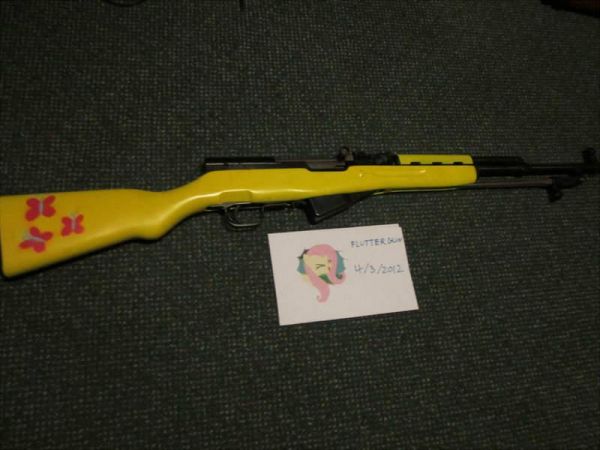 I once promised that if someone ever made a Fluttershy Mosin-Nagant rifle, I would post it at Neatorama. This is not it, but it’s awfully close: a Fluttershy SKS. The SKS was the Soviet Union’s semi-automatic replacement for the bolt action Mosin-Nagant.

It appears to lack the standard folding bayonet, but it does have Fluttershy’s cutie mark which will probably have the same effect on an enemy.