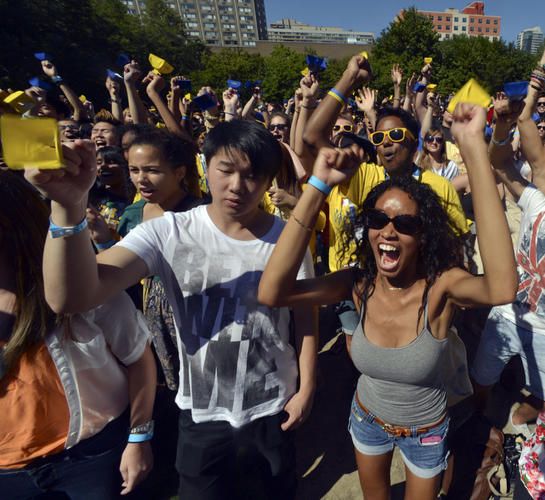 Ryerson University in Toronto gathered students together during orientation week to gain a spot in the Guinness Book of World Records -as they have  don five times before, with different stunts featuring many people. This year it was cowbell. The new record is 1,003 students each ringing a cowbell at the same time.

After two minutes, confetti erupted and cheers began as the record was unofficially broken. The record had involved just 640 people in Switzerland, in 2009.