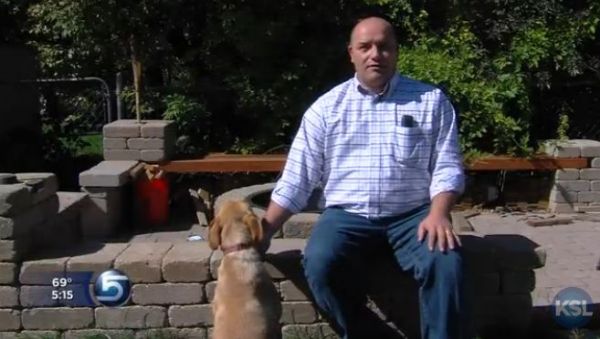 Bruce Gardner of Orem, Utah was just settling in for a day of work at his office when he received a phone call. No one spoke, but there was banging and scratching on the line. And the caller ID indicated that the call came from his own house! Gardner immediately called the police:

Officers went to Gardner’s home, and entered. They investigated, but did not see any evidence of forced entry and nothing appeared out of place. Police couldn’t locate the phone, but left after they concluded nothing had been taken.

Several hours after police left, Gardner called back saying he had an explanation for what had happened.

“Apparently his dog had gotten a hold of his cordless home phone and in the midst of chewing on it, it happened to hit ‘redial,’ called the man’s cell phone,” said Orem Police Department Sgt. Craig Martinez.

Gardner had found the phone lying face down in the garden after he tried locating it by calling the phone. After noticing tooth marks on the back of the phone, he put the pieces together.

Link -via The Agitator | Photo: KSL