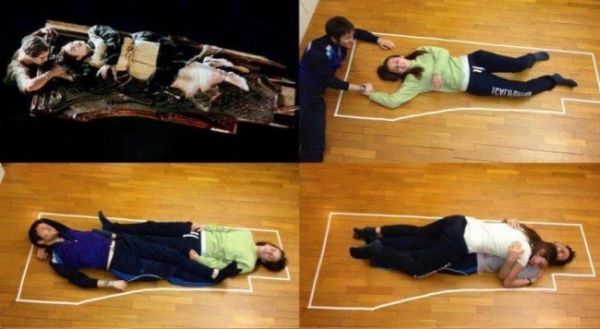 Sure, Jack could’ve fit onto that same plank that Rose was floating on in the freezing North Atlantic. Now James Cameron himself responds to the meme and explains how that didn’t make any difference to the story.

“It’s not a question of room; it’s a question of buoyancy.  Jack puts Rose on the raft, then he gets on the raft — He’s not an idiot; he doesn’t want to die — and then the raft sinks.  So it’s clear that there’s really only enough buoyancy available for one person.  So, he makes a decision to let her be that person.”

Cameron talks about quite a few items about the making of Titanic in a video you can see at FilmDrunk. Link