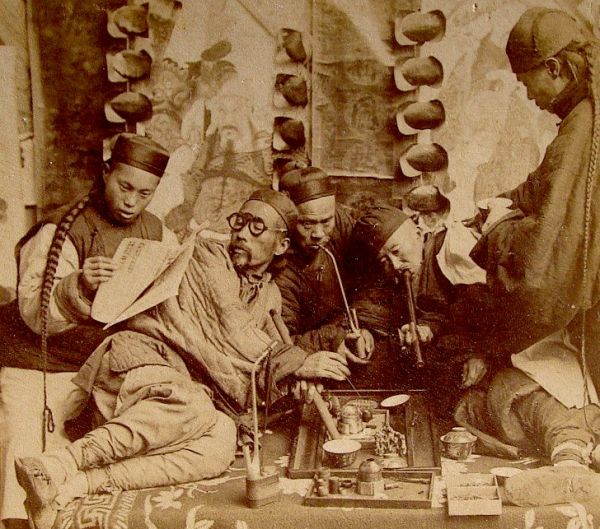 Smoking opium was a widespread practice in Asia over a hundred years ago, but the practice is almost gone today. Almost. Antiques collector Steven Martin, author of the new book Opium Fiend: A 21st Century Slave to a 19th Century Addiction, tells the story of how his research into the opium smoking tools he collected led to his use of the drug itself.

"It took a while to really understand what I had. At first, of course, there were these opium dens in Laos that I could get to quite easily. Vientiane was an overnight train ride from Bangkok, where I was living. I would take tools up to the opium dens and see if the old smokers there knew what they were. Often they did, although they hadn’t seen some of the pieces in years and years. They would show me how a piece was used. For example, a lot of different tools are used as rolling surfaces, as they call them. When you’re preparing opium for a pipe, you form it into a little pellet of opium on the end of the what’s called an opium needle, which is just a skewer, basically, because you can’t work the stuff with your fingers; it’s too hot. There are lots of different tools for rolling the opium pill, as they call it, into the correct shape before inserting it onto the pipe bowl.

That’s why I started hanging out in these opium dens, to learn what I had. Then I started experimenting with the drug. Opium’s really odd. With modern drugs, you take a single hit and you’re hooked for life. You’ll think of nothing else. Opium’s the exact opposite of that. It takes years and years to get addicted. But once it gets its hooks into you, it’s really difficult and painful to get off."

Read more of the story at Collector’s Weekly. Link