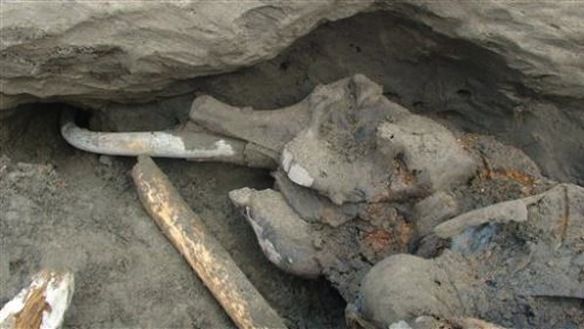 The 30,000-year-old body of a wooly mammoth recently uncovered by Jenya, an 11-year-old Russian boy, is the most well-preserved remains of the species discovered in at least 100 years.

The mammoth had died at the tender young age of 16 after growing to be a sturdy six-and-a-half feet tall. The poor guy was missing a tusk, too, which scientists say probably contributed to his down fall. (The lack of tusk meant that it would’ve been hard for the young mammoth to defend itself against predators.) Some splits on the remaining tusk are indicative of human contact, leading the researchers to believe that it was indeed an Ice Age man who killed the mammoth some 20,000-30,000 years ago.

For more about Jenya’s discovery and other recently recovered mammoths, check out the rest on Motherboard. Link