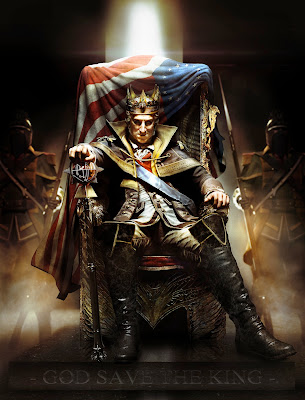 Downloadable content for Assassin’s Creed III will include The Tyranny of King George:

As the revolution comes to a close, a new and most unexpected enemy emerges. Driven by the desire to secure the fate of the colonies, the greatest hero of the revolution, George Washington, succumbs to the temptation of infinite power. The new King is born and his reign leaves no one untouched. To return freedom to the land our new hero must dethrone a tyrant he once called friend.