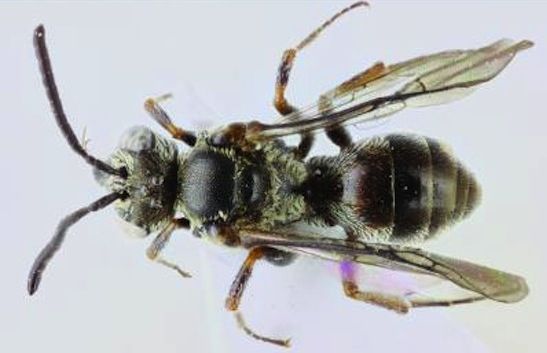 A newly-discovered bee doesn’t build hives. It sneaks into existing hives and lays eggs in order to take over! Dr. Jakub Straka of Charles University in Prague and Dr. Michael S. Engel of the University of Kansas observed five species of cuckoo bees in the Republic of Cape Verde off the coast of Africa.

According to Straka and Engel’s report, the Cuckoo Bee infiltrates a nest, lays its eggs, and leaves. Cuckoo Bee eggs incubate and hatch more quickly than other species: When they hatch, newborn Cuckoo Bees immediately kill all of the host species’ young. Eventually, the invading force gains control of the hive and lives off its resources.

The name comes from the cuckoo bird, which leaves eggs in other birds’ nests. While cuckoo birds are the deadbeat parents of the avian world, cuckoo bees are the bums of the bees. Link