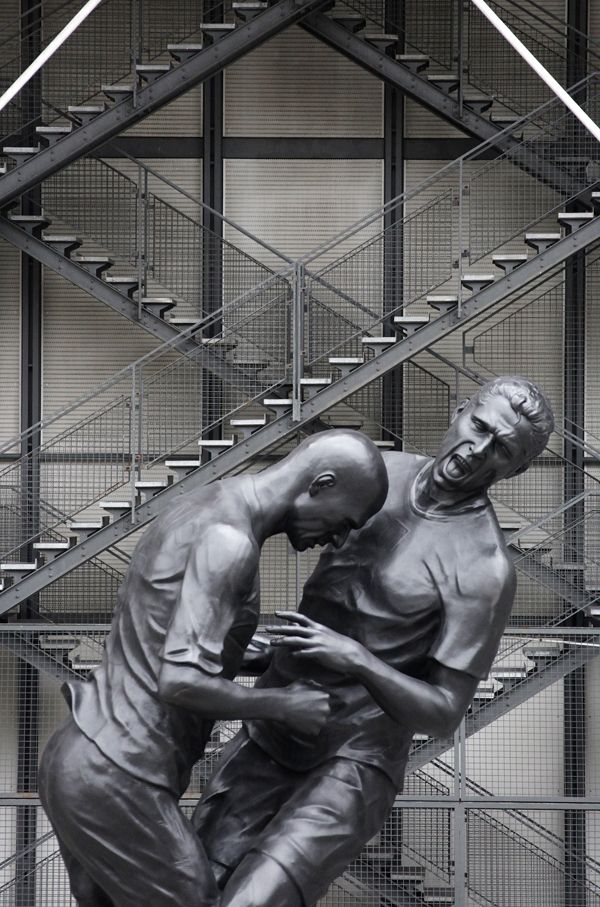 Remember the 2006 World Cup, when the whole world was watching France play Italy for the championship, and French player Zinedine Zidane drove his head right into Italy’s Marco Materazzi? It’s the lasting image of all that year’s matches, and was made into countless internet memes. Italy won the World Cup and Zidane retired from soccer.

So it might come as some surprise that the evening’s painful, defining moment has now been cast in bronze outside the Pompidou Center, the city’s modern art museum. But there it is, 15 feet high, towering over passersby: Zizou lowering his forehead into Marco Materazzi’s chest; the Italian defender leaping back like he has touched an electric fence.

The Paris statue was created by Algerian sculptor Adel Abdessemed. Link -via Kottke