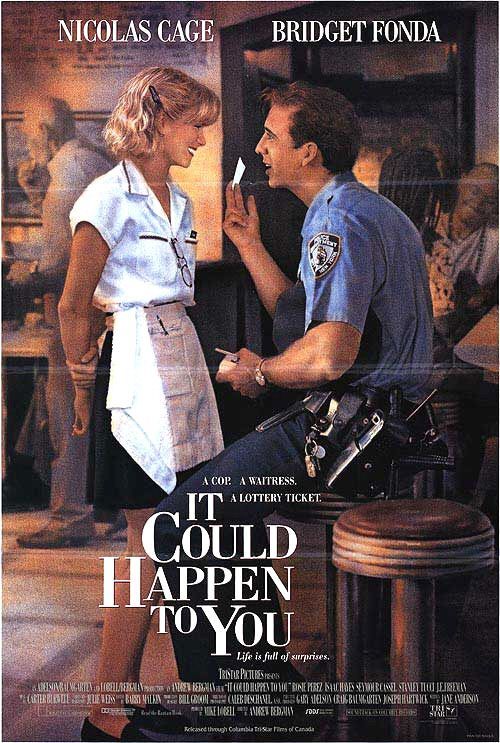 hile truth is stranger than fiction, it can also be ridiculous. Some of the strangest premises for comedies came from actual stories, like the film It Could Happen to You.

Originally titled “Cop Tips Waitress $2M,” in the style of the New York tabloids that became fascinated by the tale, Andrew Bergman’s 1994 romantic comedy was based on the story of Robert Cunningham and Phyllis Penzo, a cop and waitress (respectively) who split a New York lotto prize after cop Cunningham gave waitress Penzo half of his ticket in lieu of a tip. In the movie, that act is the first step towards a tender romance between the pair. In real life, not so much; both parties were happily married and stayed that way, telling Entertainment Weekly, “Except for the part about us winning, it’s totally fiction.”

Comedies have been made from serious news as well, like Arsenic and Old Lace. Read about ten comedy films based (sometimes very loosely) on true stories at Flavorwire. Link